A New York Police Department officer found a shivering Pitbull-Labrador chained to a fence. The dog was cold in the middle of pouring rain. He had no food and water to consume and had no place to live. Officer Michael Pascale of Strategic Response Group found him.

He took the poor pup to the local Animal Care Center, where Pascale dried the pooch himself. The Center was located on Linden Boulevard, in between Essex Street and Shepherd Avenue, easily accessible to all the animals in need. Pascale shelters the animals with tender loving care.

They decided to name him Joey, one of the Italian chefs from The Lady and the Tramp. Pascale had a brief conversation with his wife regarding the adoption of Joey, and soon it was settled. The officer was going to adopt the black Labrador into his family. He explained that he had always wanted a dog, and she agreed to welcome him to the family.

Pascale took Joey to his forever home after three weeks. They wanted to give him the love and care he was denied. He wanted to spread the message that bad things happen to those dogs others had abandoned. He also encourages the people to take care of a stray if they found one, or contact the police, and they will handle the rest.

Pascale and his new furry friend Joey are having a great time bonding together. Joey enjoyed being around him and his wife and was alert all the time. Joey doesn’t bite nor bark unless necessary.

He was a cuddle monster and loved getting belly rubs and treats. Joey was a brave and loyal dog, ready to give back everything they did for him.

Though Joey loves rides in the police car, Pascale knew that Joey wasn’t the canine for police work. He may not be the type of dog for sniffing out illegal drugs, but his nose sure leads him where the treats are at! 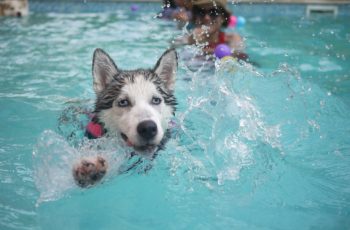 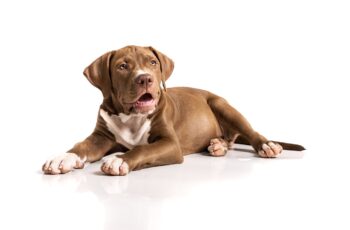