Home
Dog Videos
Dog Chained For More Than A Decade Is Finally Free, Thanks To A Courageous Man

A man has been walking the same streets for a couple of years. Over the years, he noticed a chained dog outside one of the houses he passes by. He never saw this dog off of his chain, which concerned him.

One day, he tried to approach the dog with caution. He wanted to pet the canine but was also afraid that he was going to get bitten. Thankfully, the dog was friendly and even approached him. Since then, the man has been going there every day to feed the dog through the fence.

During these encounters, the man could see that the dog was in horrible condition. He had fleas all over, and he also had visible tumors on his body.

One day, while the man was feeding the dog, the owner came out of the house. The concerned man explained to the owner that the dog needed medical help and needed to be off of his chains. The owner just laughed and said that the dog had been chain for 10-15 yrs.

This was very alarming. This urged the concerned citizen to insist that he was not leaving without the dog. He could not adopt the canine himself, but it would be better off with somebody else than its current owner. Thankfully, the owner agreed to hand over the dog.

The concerned man brought the rescued canine to a loving family who was willing to adopt him. He now has a new life, and he gets along very well with his new family. They also named this survivor Rusty Diamond. After being chained for a decade, Rusty Diamond deserves the best life. 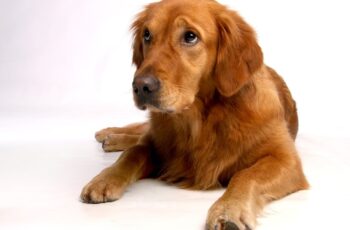 Dogs love strolling with their fur parents. Even if it’s …