Home
Dog Stories
Dog With Trauma Shudders In Fear Whenever Anyone Tries To Hold Her, Eventually Gives Her Fur Mom Permission To Give Her A Hug

Darong was born in a Korean household and he was a cheerful puppy. Her family adored her because she was so kind, fun, and affectionate. But when she turned nine, everything changed. In the next four years, she refused to be handled by anyone, including her owner.

It appeared that the dog would have a seizure if someone approached her. When she detects a hand approaching, particularly when it is over her head, she will look up, retreat, and then convulse.

Her owner was confused as to why her dog suddenly changed. She attempted nearly everything to change this behavior. She would constantly speak softly to her and offer her treats. However, the dog would only take the food if it was on the ground and untouched.

It crushed her heart to see her beloved pet in such a state. She would recall the moments they had spent playing together. Darong would ride on her owner’s shoulders and frequently approach for hugs. She enjoyed being patted on the head and having her tummy rubbed. But now, the owner was unable to even clean and groom her.

The owner became desperate to touch and care for her dog again, so she sought professional assistance. An animal behaviorist was brought in to analyze the situation, and the root of her trauma was identified.

The dog witnessed a tragic occurrence four years ago. A man savagely beat her mother until she died. Because of this, she acquired Post-Traumatic Stress Disorder. They needed to change her view that humans are frightening so they began a treatment session.

They placed the dog within an enclosed enclosure with her owner, who moved her hand slowly and softly in the air. They wanted her to understand that she will not be harmed by human hands. They repeated this numerous times.

The woman was eventually able to pet her dog. It had really been a long time since she actually had done that, so she became really emotional. She promises to continue the therapy until her dog realizes she is completely safe and cherished. 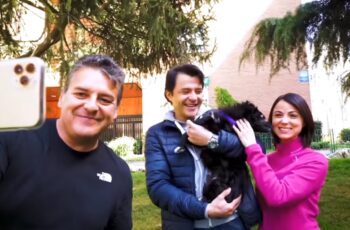 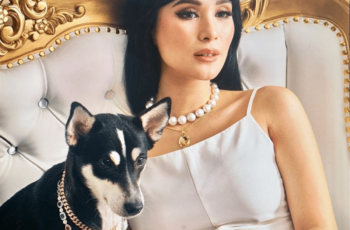