As dogs get wiser with age, they gain enough knowledge on how to approach certain situations. Even if the situation entails interacting with a lively puppy, elderly dogs know how to engage with them in a collected manner.

Thus, a 15-year-old Australian Shepherd proves she can handle a puppy’s endless energy during their first meet-up. Even if the puppy accidentally pushes the adult Aussie to the floor, it just allows the youngster to do what it wants without any qualms.

In this heart-melting footage, two Australian Shepherds hang out in a garage with their fur dads surrounding them. The older Aussie’s called Wizzer, while the small puppy is Wizzer’s newest friend that fur parent brings home to keep her company. 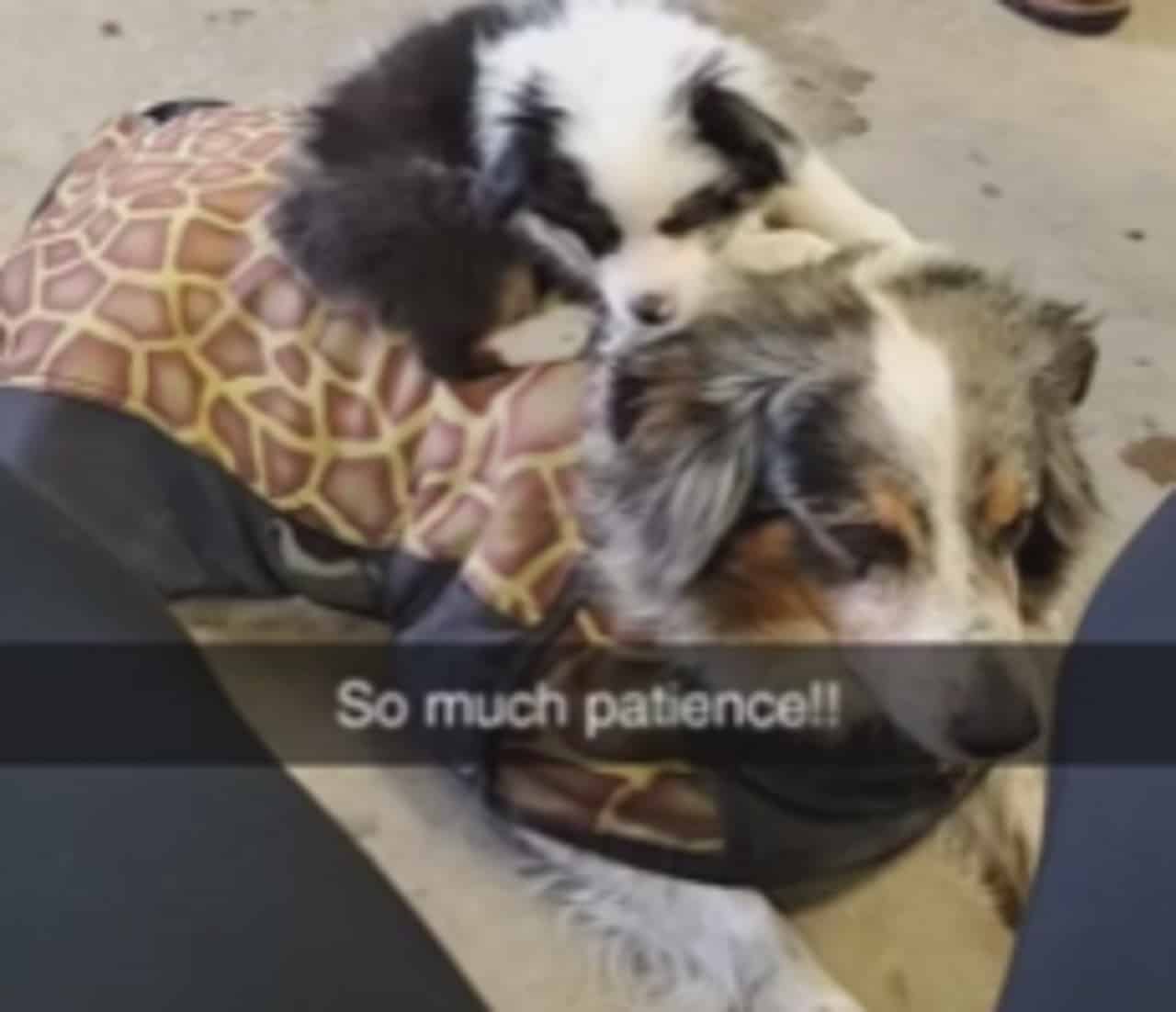 At first, you’ll think Wizzer’s about to take her afternoon nap cuddled next to the newest addition to the family. But, the 15-year-old doggo can’t seem to do so as the pup plans on turning her into its playground.

Thus, Wizzer stays still in her current spot while allowing the Aussie puppy to play on her back. Even as the pup begins yanking on her fur, Wizzer doesn’t flinch or yelp to avoid startling the youngster.

I’m okay, nothing to worry about.

Yet, the pup’s getting carried away by its excitement as it pulls on Wizzer’s hair more forcefully. At some point, the puppy even stands on all fours on the elderly Aussie’s back to gain more momentum. 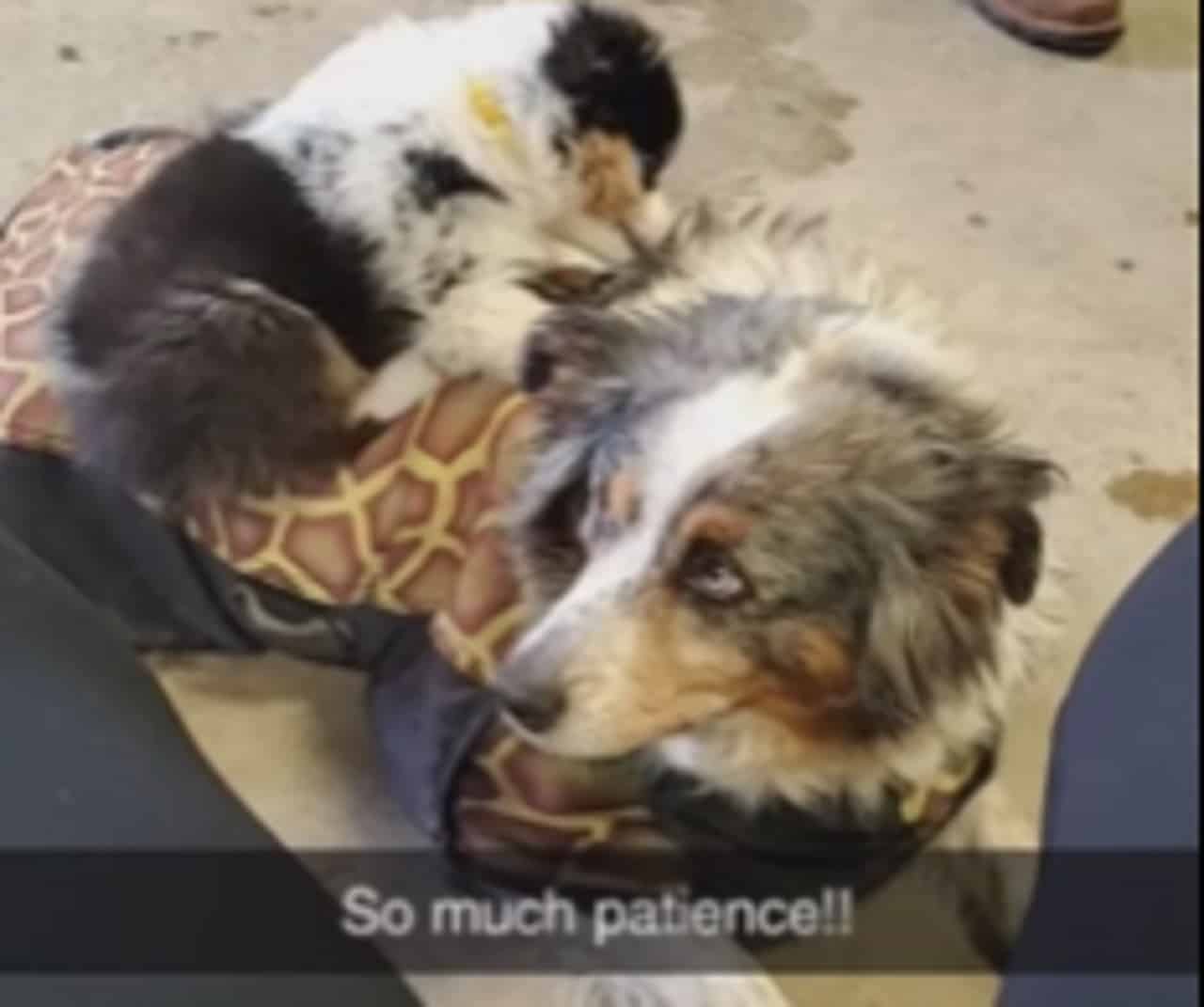 But, through all the puppy’s antics, Wizzer takes everything in stride and stays nice and calm in her nook. With that, the lively pup manages to have fun and gets to know its older sibling better.

Yet, the pup still needs to learn how to reign in its energy as it accidentally pushes Wizzer to the floor. Do you think the elder Aussie finally reaches her limit and snaps at the young doggo? Don’t miss out on Wizzer’s response by viewing the video clip below. 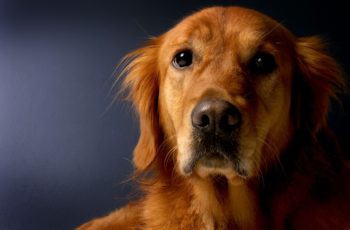 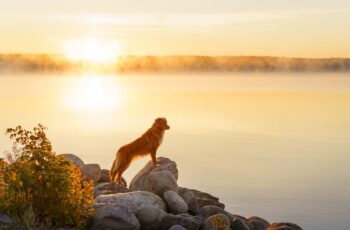 If you love the outdoors, you most likely have an …