Since Luke arrived in his home a few months ago, he has made his mission clear. That is to cause as much trouble as he can.

Lukes’ mom, Becca Ann Hoerner, said that all day and night, her dog gets into things that he should not. It is like he knows the things that he should not have and would go straight for them. Since Luke joined the family, they had to pick up plastic, metal, brick, ceramic, and even concrete items. Luke will chew or carry around anything except for a dog toy.

By now, the family could see their dog’s primary goal is to explore anything and everything. So, his troublemaking rarely surprises them.

Recently, Luke’s family went out to get supplies for Canadian Thanksgiving. They left Luke alone at home, thinking that he would be fine. It would only take them 15 minutes, and, of course, that would not be enough for a dog to cause that much trouble.

However, Luke still found a way. According to Becca, when they arrived, her husband ran the bags in. Then, her husband quickly ran out of the house while laughing hysterically. He yelled and told Becca to get inside because she had to see something.

That worried Becca, but when she got to the door, she saw Luke’s head stuck on a massive bobbly pumpkin. They all burst out laughing the minute the mischievous pup started jumping around without minding the pumpkin that was still stuck on his head. 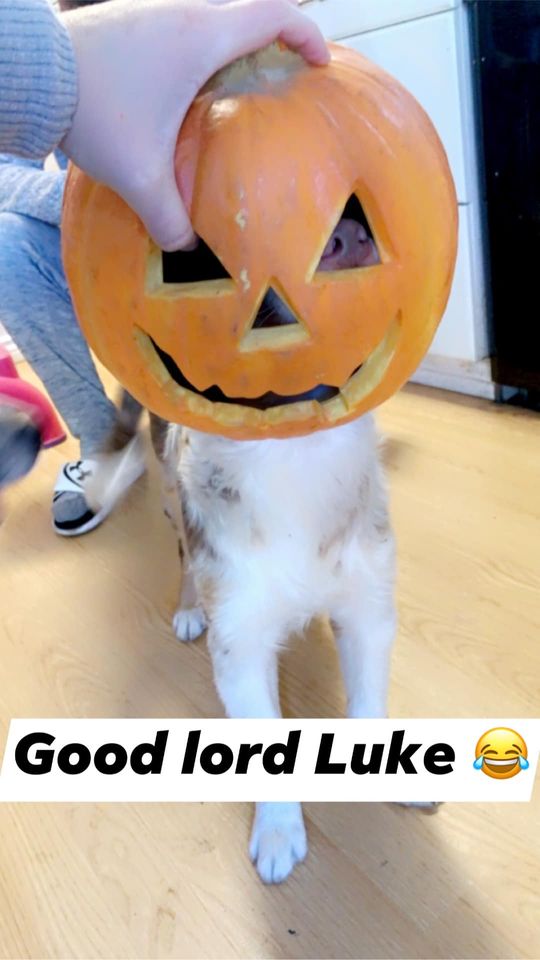 Becca could see that Luke was having a blast. She said that he always gets himself stuck on something. As Luke was bouncing around, he was also trying to make eye contact through the pumpkin’s eye holes.

The family used the pumpkin as a decoration, and it had been sitting on the living room’s side table. According to Becca, she would not be surprised if Luke went up the table the second he heard their car pull away. He also chewed the top part of the decoration, so Becca could tell that her dog had a real heyday while they were out.

It took Becca a bit of maneuvering before she could get the pumpkin off of Luke’s head. However, for him, there was not much difference. His excitement did not wear off while giving his parents some “thank you” kisses. Meanwhile, Becca and her husband could not wait to see the next trouble that Luke will get himself into.

We all know how canines love spending every waking moment … 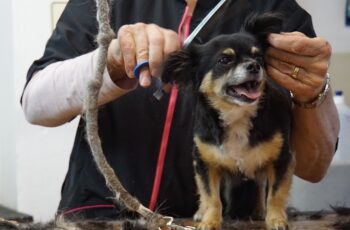 For the past four years, a certain sweet dog named …