Family trips are made for relaxing and spending quality time together. But some family trips go far beyond these—sometimes, unexpected events happen, and the family needs to act together to surpass them. And one family did just that when while on a boating trip, they found and rescued a helpless dog swimming four miles from the nearest beach.

Jeannie Wilcox, along with her family, went on a 12-hour boating trip on Lake Michigan, taking them from Grand Haven to Frankfurt. It could have been just another usual trip if they didn’t notice something strange in the water. They moved closer and realized that it was a dog helplessly treading in the water.

Upon seeing the dog, Wilcox couldn’t help but scream out of shock and stopped everyone in the process. It turned out the dog had been swimming all by herself in a desperate attempt to reach the nearest beach that was four miles away. If they didn’t find the dog just in time, she could have drowned from extreme exhaustion.

The Wilcox family used a swim platform on the boat to pull the poor dog to safety. When they finally pulled her out of the water, they noticed how scared she was and that she was freezing after being in the water for what seemed like hours. They gave her a towel and dried her off to make her feel better.

After the rescue, they went on a four-hour trip towards Belmont to look for the dog’s family. The vets scanned her microchip and were able to locate her parents. It was later known that her owners were in a sailboat by the time she fell into the water.

Now that the family is reunited with their dog, they couldn’t thank the Wilcox family enough for bringing her back to them. If not for their selfless act, they would have probably lost her forever. Great job, Wilcox fam! 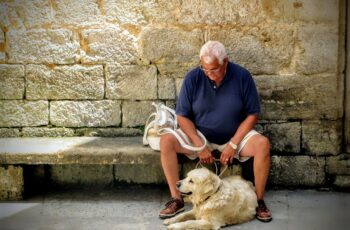 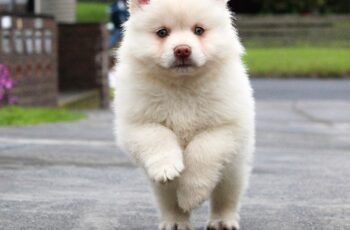 A lot of people underestimate small dogs, especially the cute …