We all know how canines love spending every waking moment with their beloved fur family. Even if they’re tired from playing outdoors, dogs try their best to be present in all the family events for that day.

Thus, a loving Bulldog attempts to stave off sleep while sitting on its favorite kitchen chair. But, no matter how determined the doggo is, it can’t stop sleep from luring it into dreamland.

Hey, Odin. I think you should go to bed already.

In this curious footage, Odin, a Bulldog, sits on his favorite chair in their kitchen for dinner. But, instead of happily engaging with his fur family, Odin remains motionless with his eyelids slowly drooping. 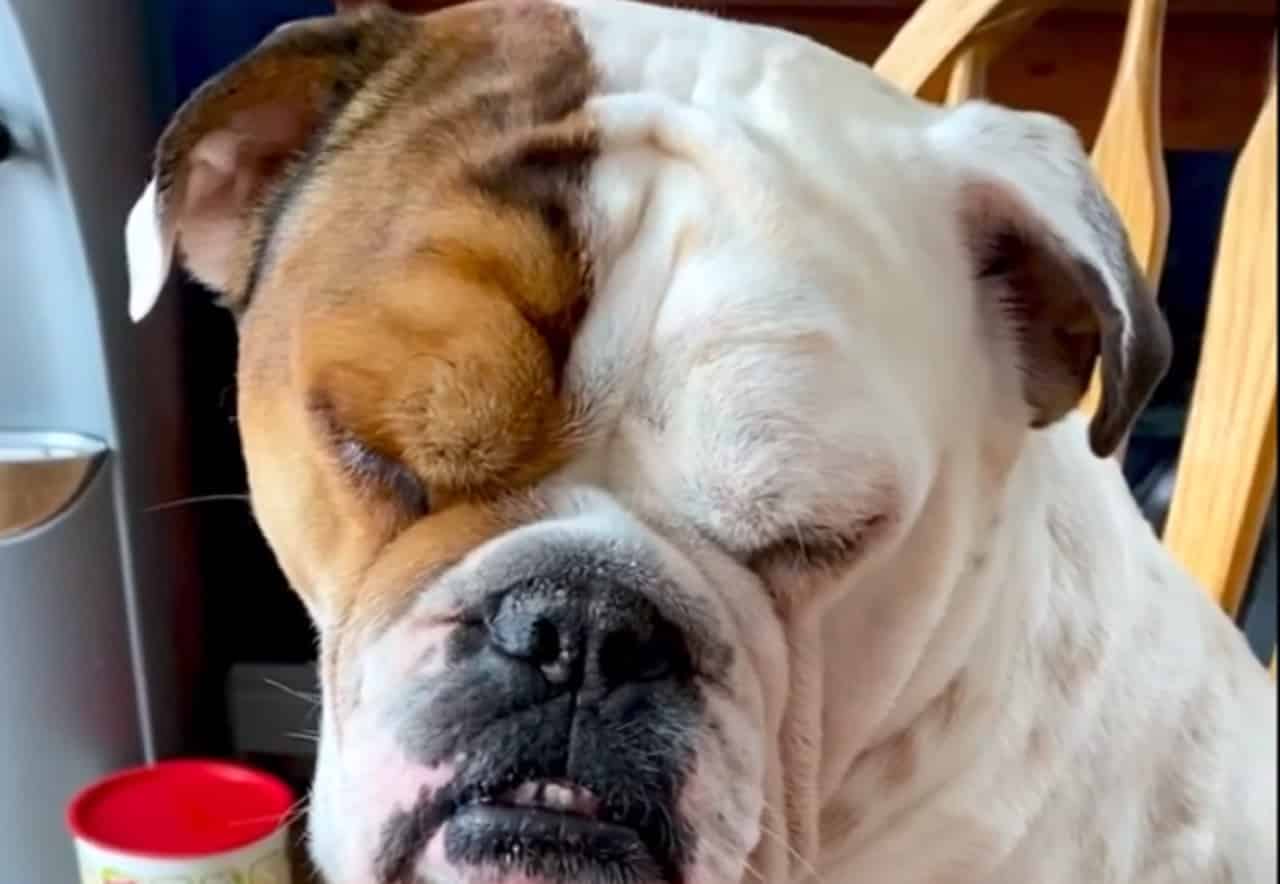 For the next few seconds, it looks like the Bulldog’s finally drifting off into a peaceful sleep. Yet, Odin’s fur mom can’t help but chuckle at the sight. As soon as the sleeping doggo hears Mom’s chuckling, he then opens his eyes and sits as upright.

Yet, no matter how hard Odin tries to stay awake, the lure of sleep’s much stronger. Thus, even after a few moments of attempting to open his eyes, the Bulldog’s eyelids inevitably close.

But, as Odin wants to stay in the moment with his family, he repeatedly awakens himself despite his eyelids closing. But, even if he tries pulling himself from sleeping a couple of times, all the dog’s efforts seem futile. 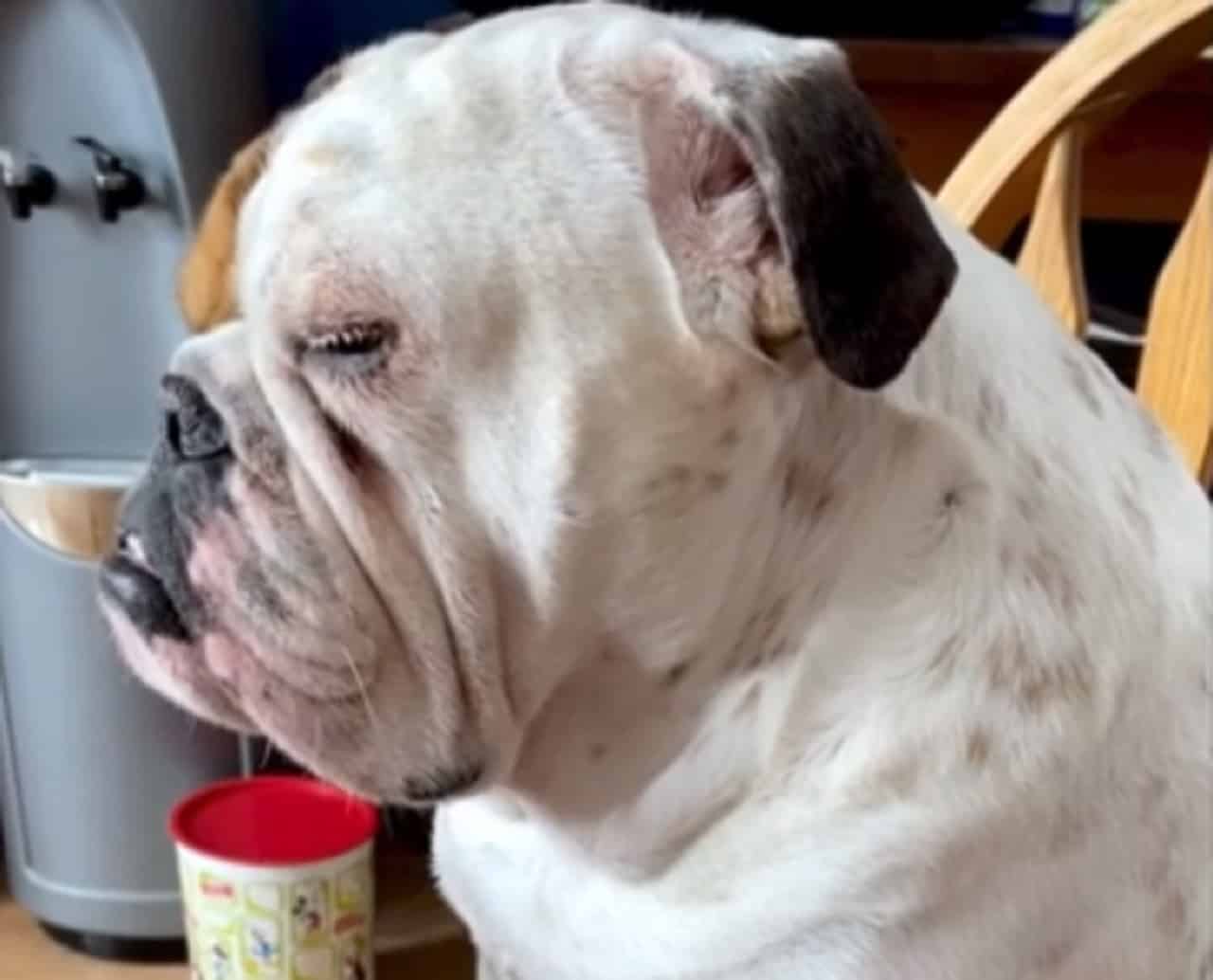 Thus, with a nod of his head, Odin enters dreamland while sitting on his favorite kitchen chair. It even comes to a point where the tired canine lets out a loud snore, signifying how tired he is that day.

Yet, that single snore pulls Odin back to reality as he jerks awake and sits upright on the chair. Do you think this time the Bulldog manages to stop himself from taking a snooze? Keep watching this adorably funny video through the link below.

Most of us believe that dogs and cats can never …