There are a few things in your childhood that would leave a mark on you. It applies to both the good and bad, and it’s up to us how we’d respond to it.

At least that’s what we felt then, and it’s not far from what this Golden Retriever did. Her name’s Stella, and today, dad told her no with a little more force than usual. 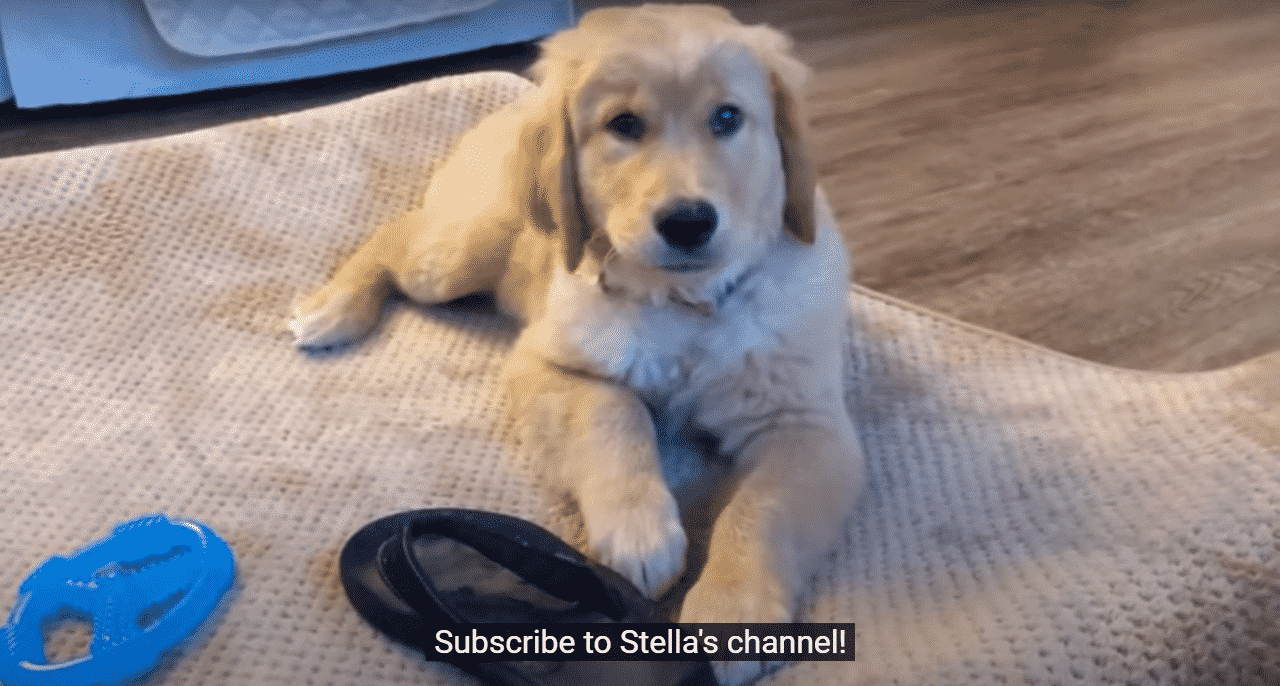 The incredulous Stella couldn’t believe that she’d hear that word from dad. It’s her most hated word, and she rarely responds well to it. Why would dad do that to her?

Well maybe because you’re chewing on that slipper like there’s no tomorrow. We’re willing to bet that those are your dad’s favorite ones too, so naturally, he’d tell you no. 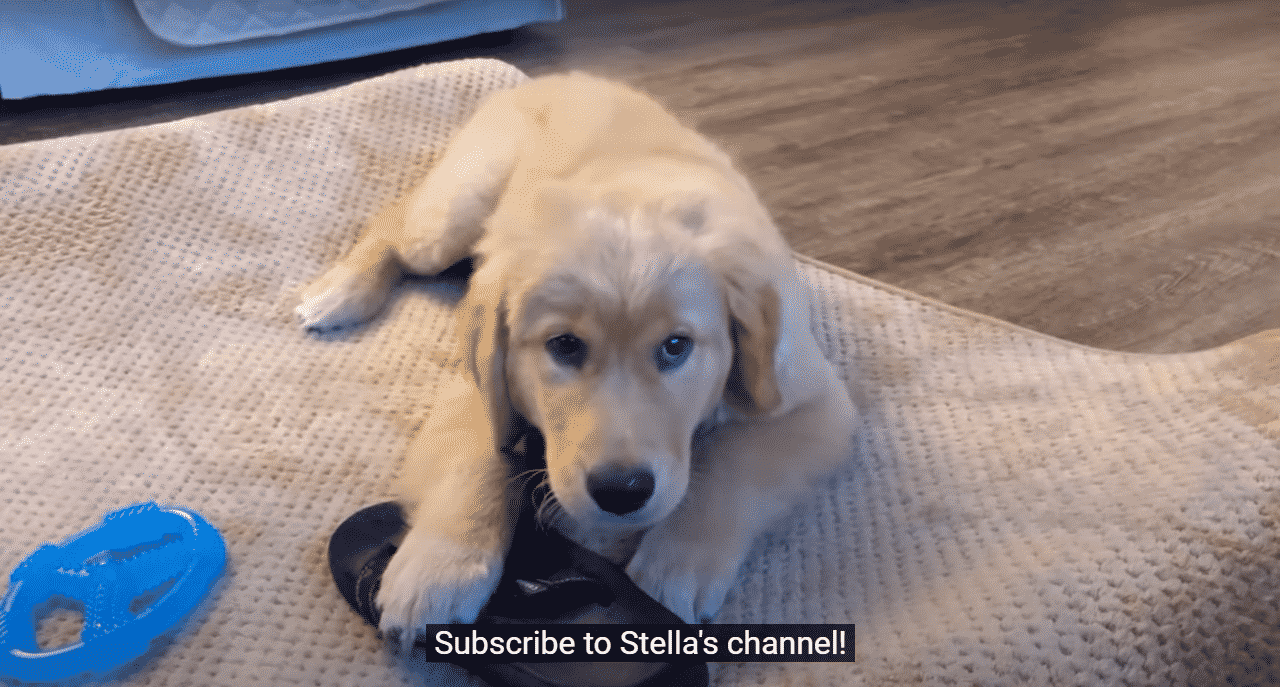 It’s not like you’re gonna accept that explanation, Stell. We could certainly tell with your defiant look and that bark you just let out. We know that you don’t like being told no, but parents are parents for a reason.

Dad kept on telling Stella no, and at one point, the incredulous puppy sat straighter. She behaved like she was about to challenge dad, but his firm no had the pup hunch down. 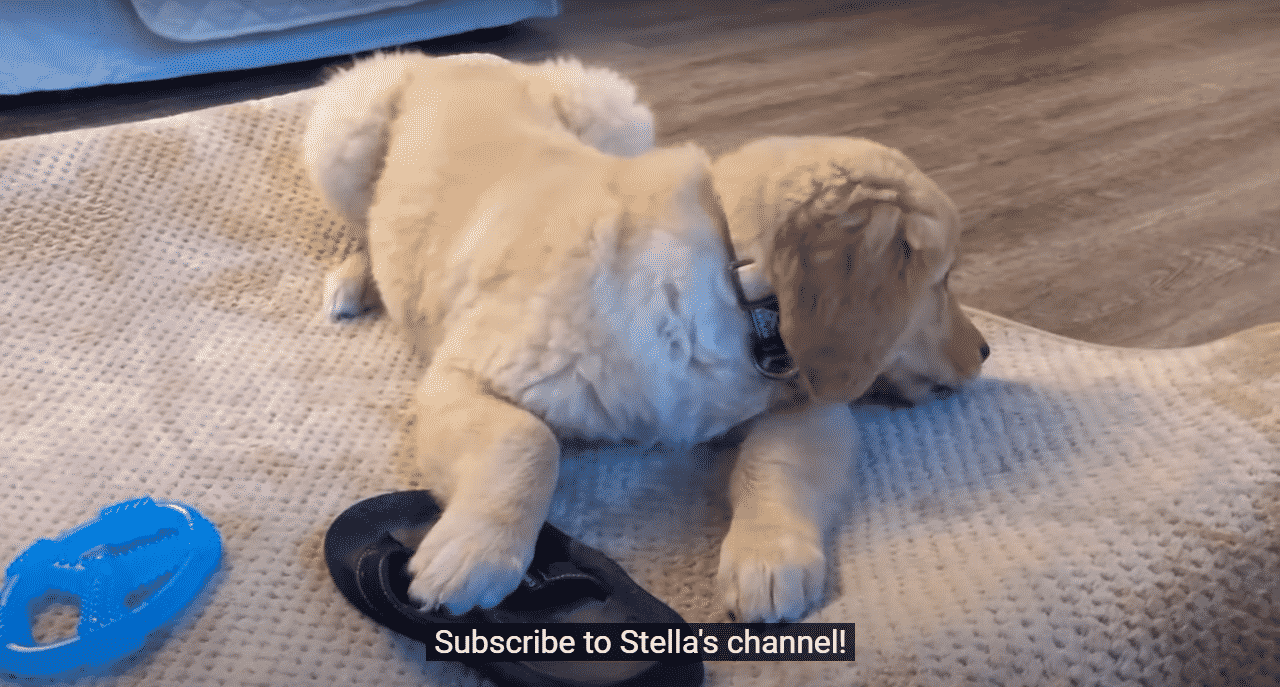 Gnawing slippers was never a good practice, Stell, and if you’re not taught that now, you’ll grow up with that unpleasant habit. Nobody likes to wear torn slippers, you know?

We’re sure that your dad and family had spent a considerable amount with all that footwear chewing. If that behavior doesn’t stop, your family will be poor in no time. 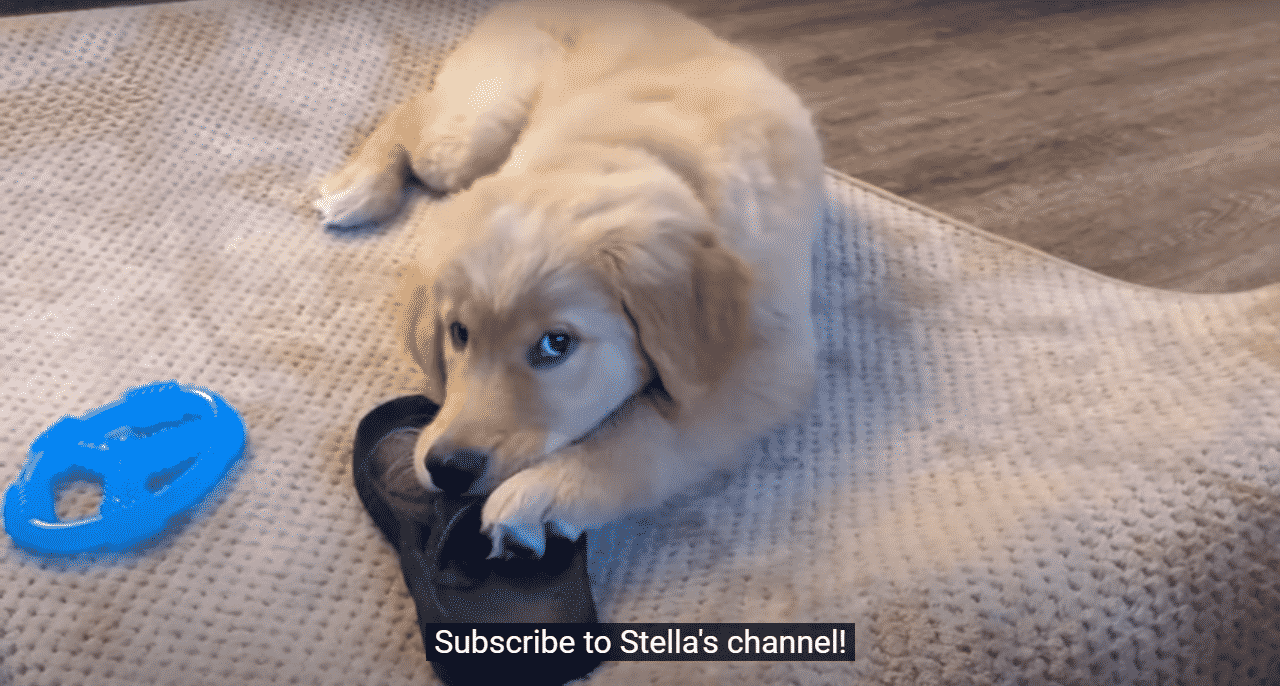 Stella appeared to understand that her dad meant business, but we’re not sure she understood the reason for the censure. Regardless, the goal to stop her from being a little footwear destroyer was achieved.

Don’t worry, pet. Apply your chewing skills to other objects like that teether there, and we’re sure you’d be okay. Don’t stay mad for long! 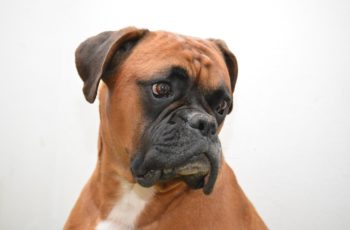