When we want to achieve a goal badly, we’ll do everything in our power to gain it. No matter the barriers that one encounters along the way, one should learn the art of persistence.

As such, a particularly adorable dog shows the viewers the value of persistence. Despite facing a doggy door barrier, the pooch continually finds a way to communicate with its newfound friend standing on the other side.

In this short video, an adorable pair of dogs stand across each other. One of the dogs’ a brown, curly-furred pooch, while the other one’s a pure white dog. 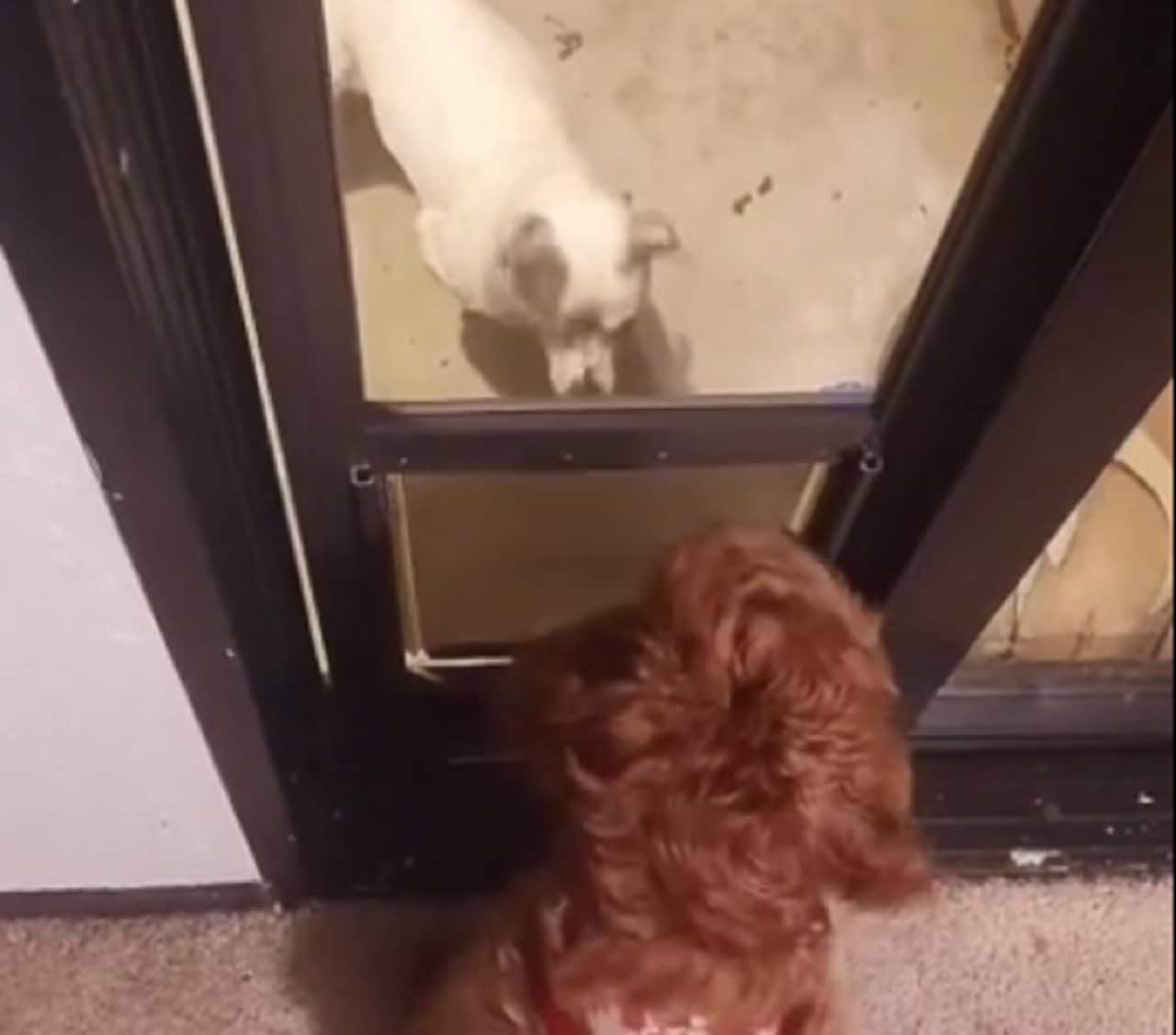 However, it looks like the two pooches want to play with each other, if not for the doggy door that sets them apart. But, it seems the brown-furred pooch doesn’t mind this hurdle as it quickly comes up with an idea to talk with its friend outside.

Soon after, the brown-furred pooch starts pawing through the doggy door barrier. And, it seems its canine friend heard the call as it focuses its attention on the boundary.

Do you want to play?

Despite noticing the loud noises from the doggy door, the white dog hesitates to make a reply. The pooch contents itself with sniffing the door while waiting for a response from its friend. 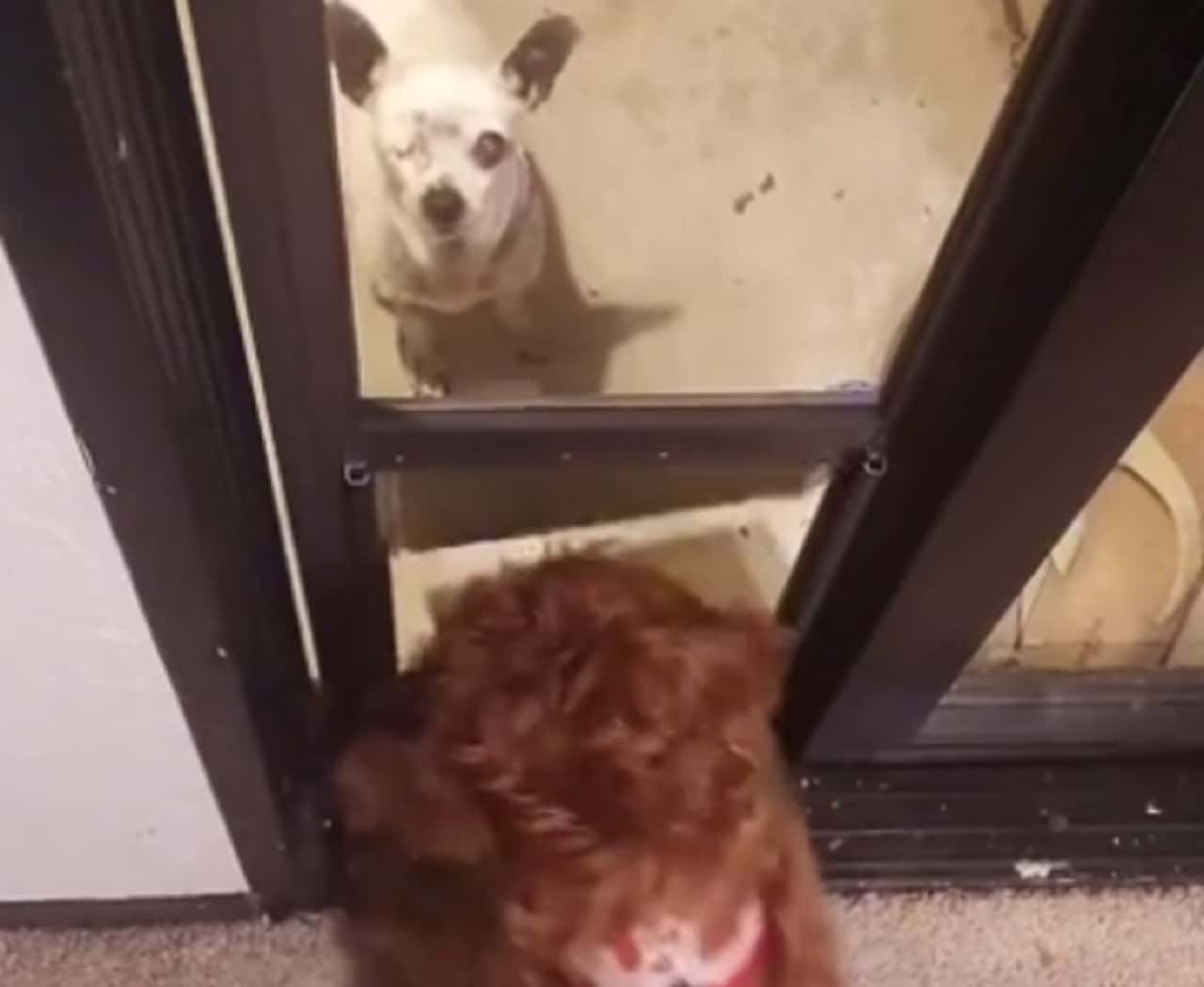 When the pooch still didn’t get any response from its friend, it takes a peek at a nearby glass window to check the situation. The moment the pooch saw that its friend’s waiting for its response, the brown dog resumes pawing at the doggy door.

Do you think the white dog indulged its friend’s wish? If you wish to find out what happened next in the video, click on the play button below. 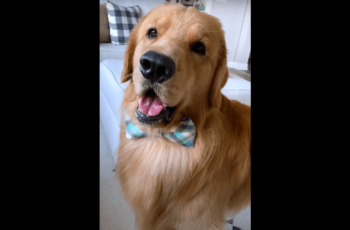 Celebrities must sometimes feel a tad overwhelmed with all the … 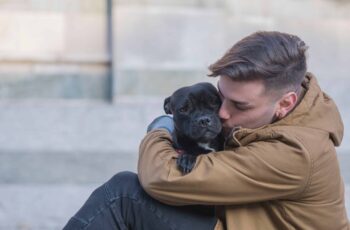 Late last January, someone who came to drop off donations …