Home
Dog Stories
Karlie, The 2020 Dog Bowl Superstar Who Was Once Abandoned Because She Was “Too Old”

February 1 and 2 were big days for pet lovers because these were the dates when the much-awaited Kitten Bowl, Puppy Bowl, and Dog Bowl happened.  Adoptable pets had so much fun participating in the numerous sporting events. Among the animal athletes was the 16-year-old dog Karlie, who was all smiles. However, Karlie’s life was not always that happy.

On Saturday, Karlie was honored on Animal Planet’s third annual Dog Bow. The Dog Bowl is just like the Puppy Bowl, which is a friendly, furry match between two teams composed of rescue pets who are playing their own football version. However, unlike Puppy Bowl, this only features animal athletes that are in their adult and senior years.

According to Jill Rappaport, Dog Bowl host and award-winning animal advocate, for her, Karlie is the show’s “poster pooch.” She said that the senior pup is the reason why she wanted to create the said event from the start. Karlie became a contestant of the Dog Bowl II after her owners dumped her at 16 years old because she was “too old.” She became an instant fan favorite, which was why many people find it shocking to know that this agile sweetheart was once abandoned by her owners.

Karlie could have spent her remaining days at Florida Little Dog Rescue. However, thanks to the Dog Bowl stage and her dedicated rescuers, Karlie found her forever home. Then, after raising awareness for senior pets when she was on the field, Karlie became one of the first dogs to be part of the “Dog Bowl Hall of Fame.”

Jill couldn’t believe that after only about 15 minutes on the show last year, Karlie received multiple adoption requests. This happened after she sat for 16 months at the shelter. Jill said that this only proves that when senior dogs are given enough attention, their lives could be saved. Now, Karlie’s life is exactly how it should be – joyful in a loving environment. 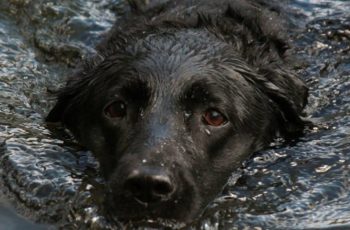 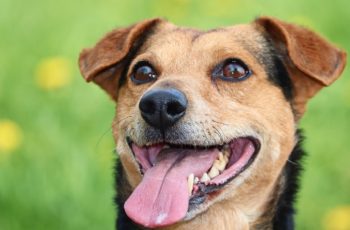