The most difficult part of getting hospitalized is when visits are restricted. This affects both the patient and their loved ones. And this situation became a difficult reality when the COVID-19 pandemic hit. Lockdowns were ordered, and visitation in hospitals became even stricter.

For a woman in Texas named Joanna Hehir, not seeing her two pets, George and Fiona, both Great Pyrenees, was heartbreaking. They were a massive part of her life, and being away from them crushed her. She longed to be able to show them some love.

Joanna was hospitalized because of a stomach ulcer. After her surgery, she had to stay in the medical facility to recuperate. Before the lockdown was implemented, her husband, John, frequently brought her dogs for a visit.

But that all stopped. For weeks, the dog mom became desperate to hold her pets again.

The large dogs felt the same way. According to John, George and Fiona were like two kids running around the house, looking for their favorite human. They don’t understand why she wasn’t there with them.

John then thought of an idea. He would take the dogs to the hospital’s parking lot, where his wife could see them through the window. But when he got there, one of the nurses had a better idea.

A pane of glass between them

The nurse suggested that John take the dogs and place them outside the lobby window. She then went to Joanna’s room and got her in a wheelchair. When they got to the lobby, the patient was pleasantly surprised to see her pets.

Joanna was brought next to the window, and her dogs became ecstatic. Although they couldn’t touch each other, they were very close with only a pane of glass between them. The excited pups pawed and licked the window, trying very hard to get to their mom.

The surprise visit lifted Joanna’s spirits. She still needed to stay a couple of weeks in the hospital, but for now, she is delighted to have finally seen her beloved pets. 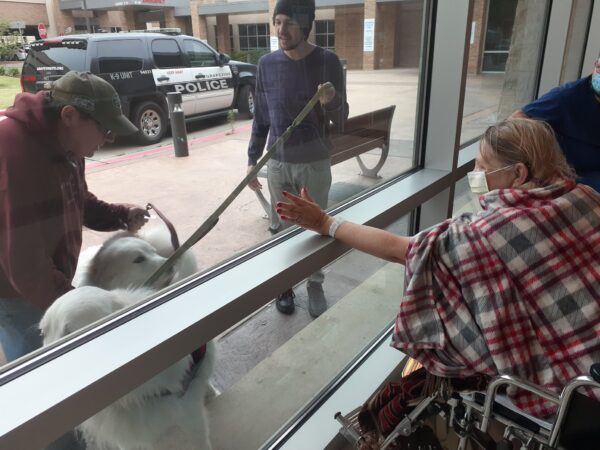 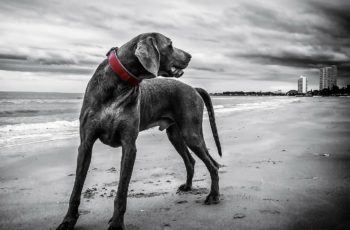 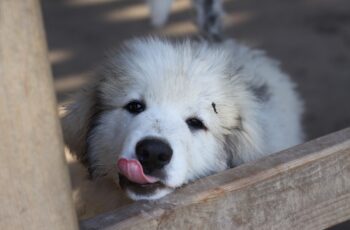