Everyone knows the immense curiosity canines have with their surroundings. Even if they end up visiting an area that isn’t their turf, dogs can’t resist the urge to take a look inside.

Thus, a curious canine gets the fiercest warning from a feline guarding its fur parent’s warehouse. With the way it looks, not even the dog’s large size can make the cat back away and relent to its whims.

Ooh, what’s inside the store?

In this funny video clip, a mix-furred canine stands across the glass door of a store. Yet, it looks like the dog wants to go inside the store as it strains to move closer to the glass door. 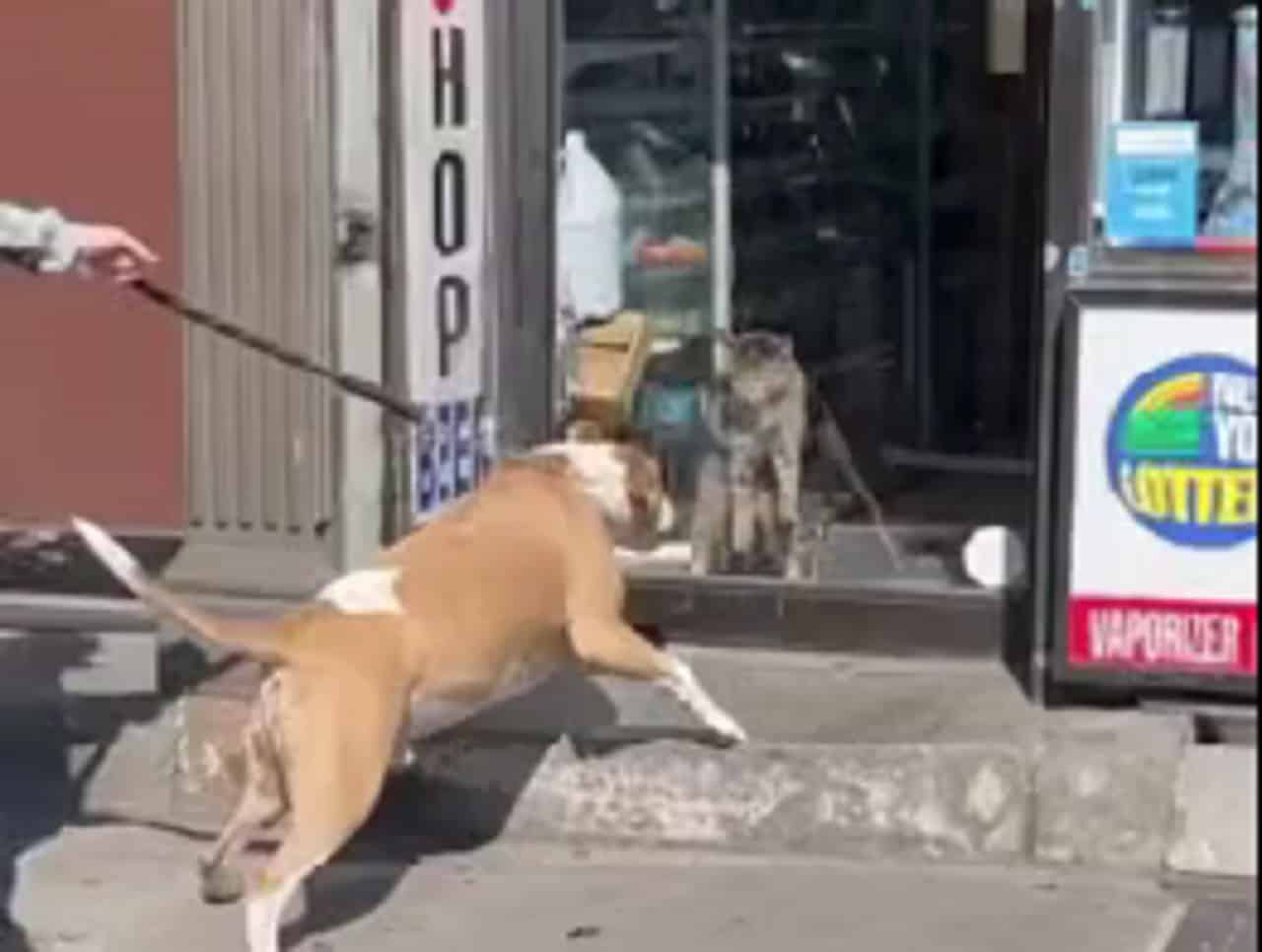 But, while the doggo struggles to get nearer the door, the cat guarding the said store’s alerted of its activity. Thus, the feline sits upright and begins puffing up its fur to prepare for action.

Go away! You’re not welcome here!

On and on the canine goes, eager to get closer and step inside the store. But the feline’s adamant not to let the doggo in as it starts hissing fiercely.

At first, it seems the pooch understands the cat’s warning as it backs away from the glass door. The dog’s fur dad then yanks it closer to him while explaining that the store’s the feline’s territory. 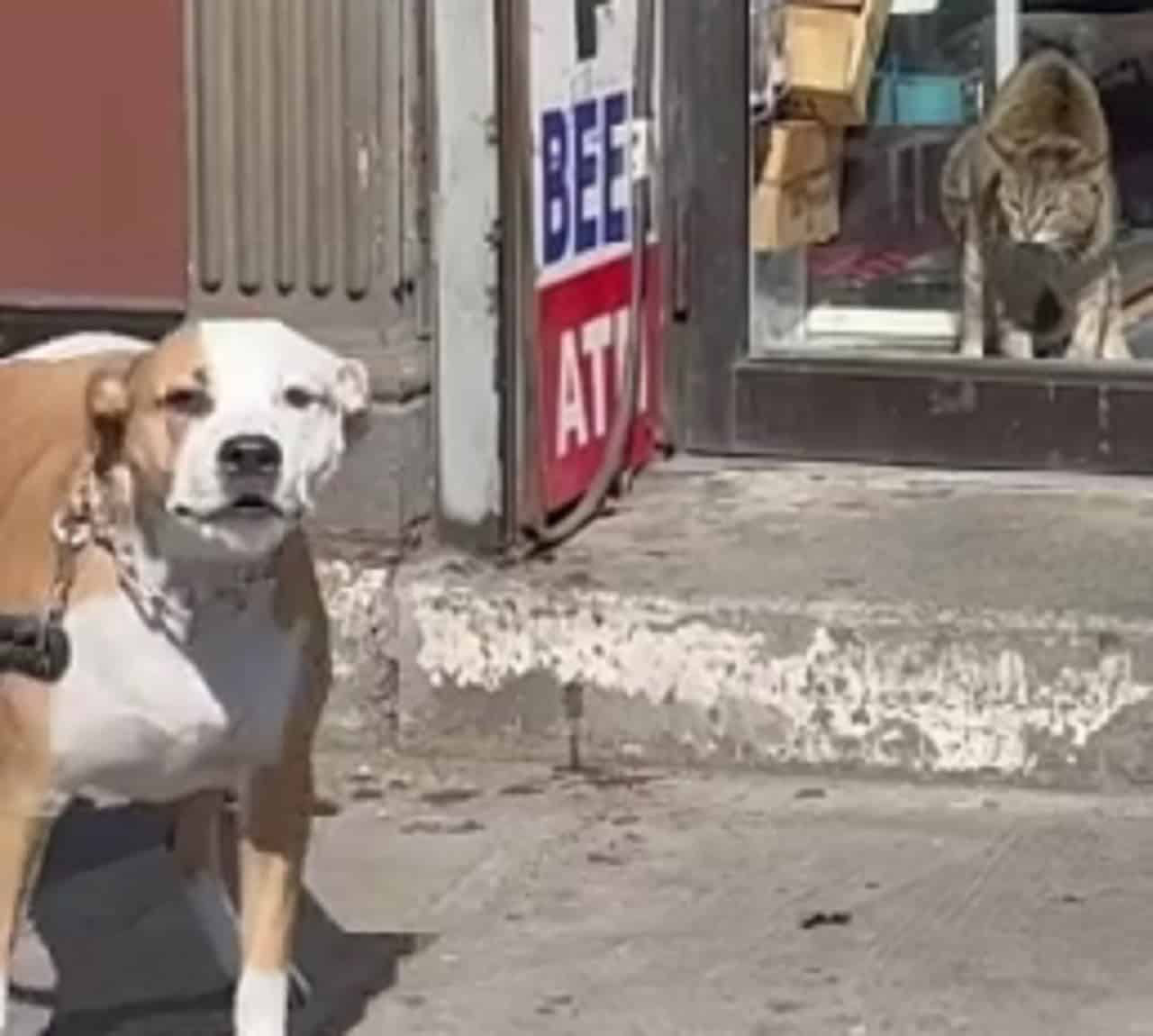 But, the canine’s too stubborn to heed Dad as it lunges towards the door while barking fiercely. Yet, the equally adamant cat goes all out with its defense as it hisses and blocks the doggo from entering.

Do you think this time the nosy pooch backs away and leaves the cat be? Don’t dare miss out on the canine’s next moves by clicking “Play” below. 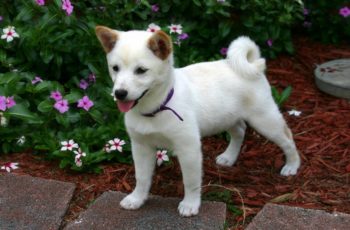 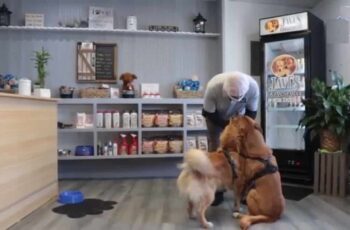 Every dog owner wishes to provide nothing but the best …