Many pets have unique traits that can be amusing to their owners. Some dog owners love these quirks a lot that they want to share their joy with others. The owner of Shortcake, a funny pitbull, chose to share her dog’s story for this reason.

Shortcake is described as a dog with a loud snort. She enjoys snorting when she is thrilled. She also enjoys being petted so much that she makes noises when it ends.

There is a specific sound that Shortcake’s owners enjoy hearing. It is comparable to what a Wookie, a mythical species from the Star Wars saga, might make. Shortcake’s owners never tire of hearing it, and they can also predict when they will hear it.

One day, the family discovered that Shortcake was sick. She was not walking like she used to, and her mood was not at all like her usual energetic self. They quickly found out that this was a result of the nerve injury in her neck. This was something she had since she was adopted, although it had never seriously harmed her until that point.

The owners secured an urgent appointment with Shortcake’s neurosurgeon. Surgery was performed on her shortly thereafter.

Two weeks after Shortcake’s surgery, the owners had no idea what to expect, as the dog had barely changed.

Eventually, the day arrived when Shortcake once again was able to stand on her own. This moved her owners to tears.

Shortcake was finally able to recover her former energy and passion for life. She was able to make the noise for which she was adored. Her owners were pleased to see her recover. 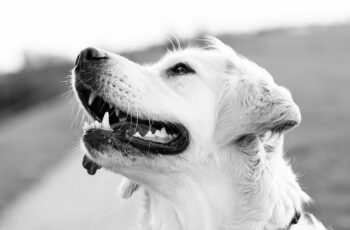 When a rattlesnake attacked Alex Loredo of San Diego, his …