If there’s one thing that our canine pals can’t resist, it’s the lure of delicious food. The moment they spot a tasty meal, dogs find a way to get to it.

Thus, an 18-month-old puppy hides under the TV shelf after yanking a doggy treat its canine sibling’s eating. With the way things look, the pup knows how to use its tiny size to its advantage.

Give me that doggy treat, bro!

In this hilarious video clip, a pair of dogs stand in front of a TV shelf in their living room. One of the canines’ tall and black-furred, while the other one’s a tiny 18-month-old brown puppy.

At first, you’ll think the dogs merely sniff out each others’ faces. But, as the camera then zooms in on the canine pair, one can see that they’re holding onto a doggy treat. 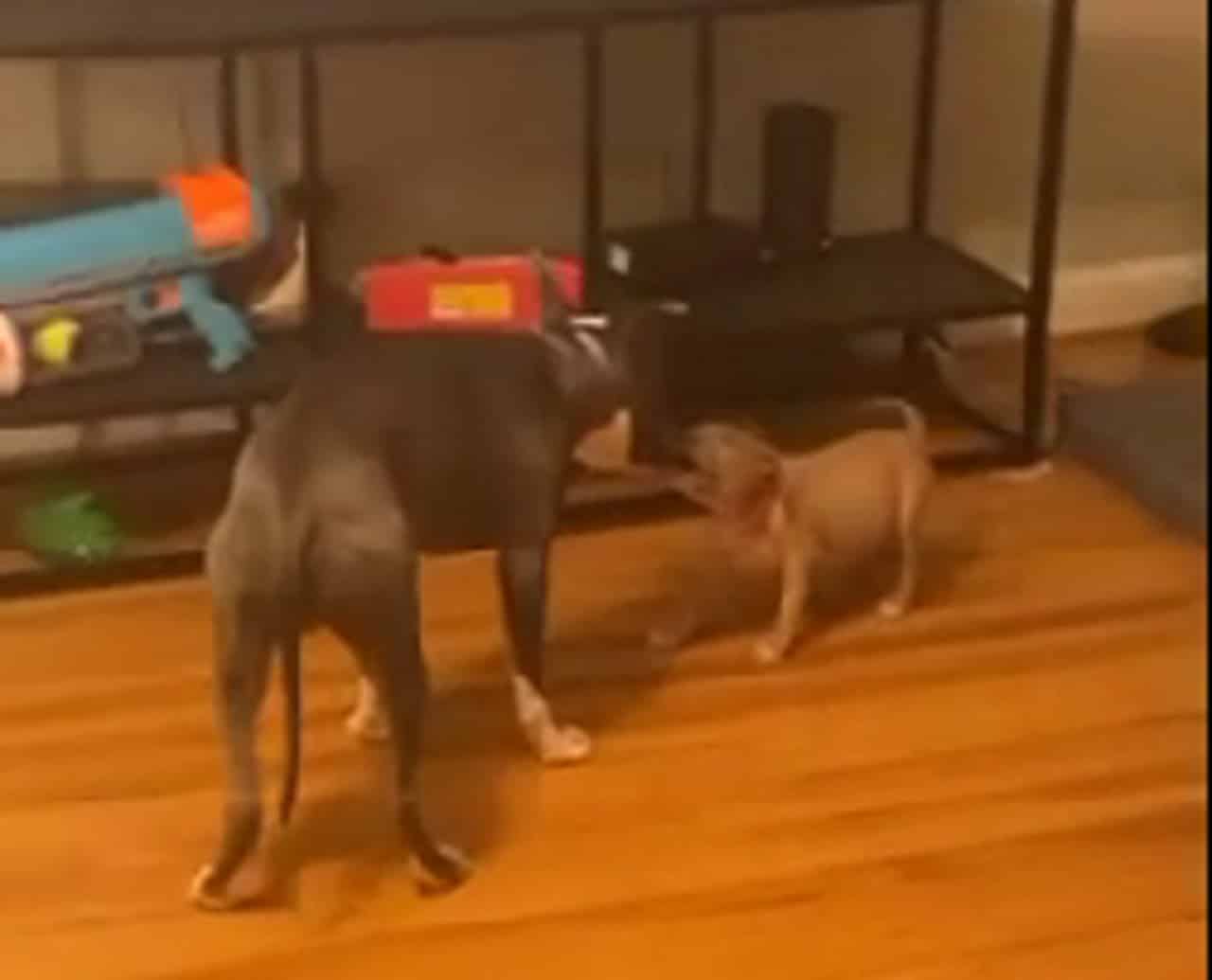 Yet, the black pooch doesn’t want to share the doggy treat with the puppy as it yanks it away. The large doggo even distances itself from its sibling, but the tenacious pup makes sure to follow it.

Aha! This snack’s all mine!

But, the persistent puppy soon manages to grab hold of the treat. Thus, the two dogs soon hold a lively tug-of-war to yank the snack their way.

However, the older sibling manages to get to the snack’s direction first. Despite this, the stubborn puppy doesn’t retreat and keeps yanking the doggy treat. 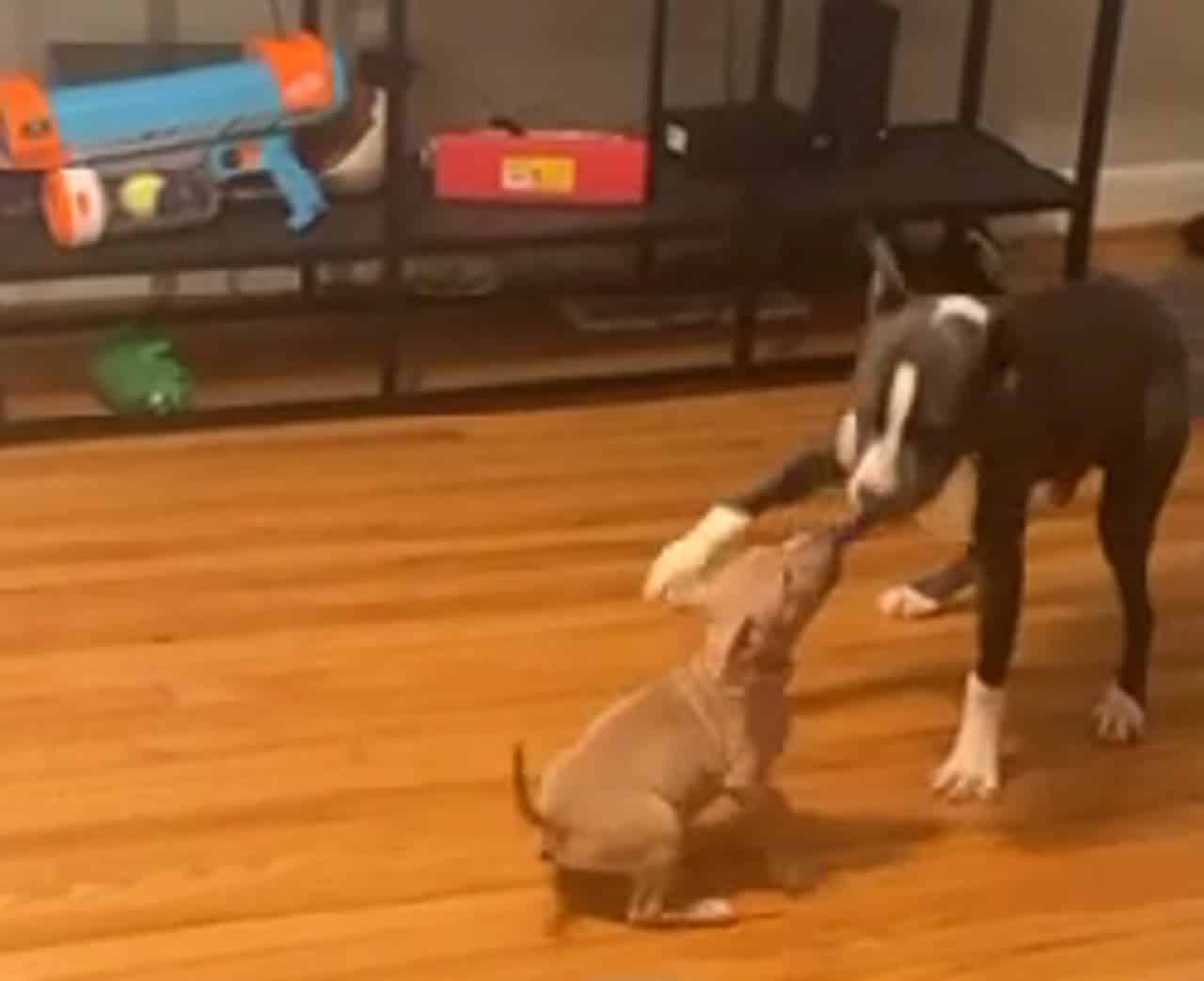 With this, another lively tug-of-war round ensues. The pup even combines pouncing and pawing in a bid to swipe the treat off its older sibling’s mouth.

And, it looks like the tiny puppy’s determination pays off as it grabs the doggy treat and hides under the TV shelf. Do you think the older doggo follows the pup to regain its food? Better keep watching the link below to see what happens next.

Canines love their fur parents so much that they sometimes … 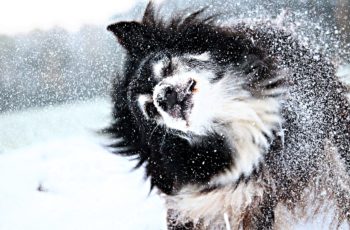