Some people, especially dog lovers, can relieve their stress with the help of their furry companions. Service dogs are noble workers that make humans’ lives easier. Such is the case with Moose, an 8-year old Labrador Retriever who received a big honor for his years of service.

Moose’s owner, Trent Davis, is a licensed counselor at the Cook Counseling Center at Virginia Tech. Before working with Davis, Moose was once a service dog for people with autism in New York. Unfortunately, he was let go because he had complications with his health. 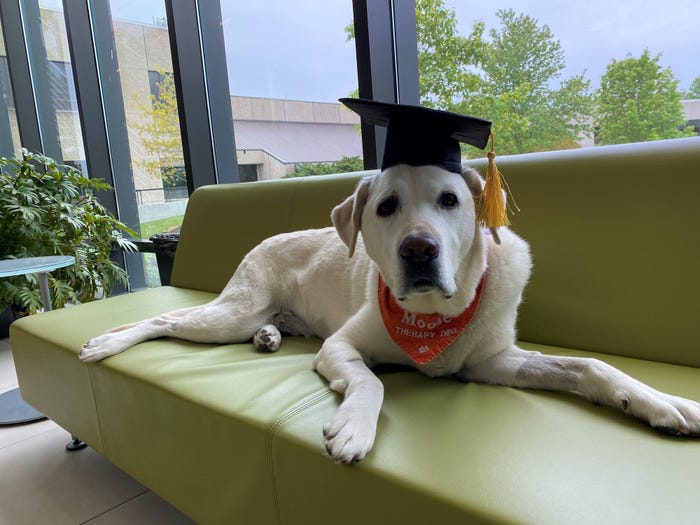 When he was nearly 2 years old, Davis adopted him so he can continue specializing in his expertise as a therapy dog. His job was to help students cope up with anxiety and get through mental illnesses.

Moose is one of the four dogs, including his younger brother Derek, to have this full-time position at the Center. But, he is the first one to receive an honorary doctorate in veterinary medicine.

Last year, he was named the Animal Hero of the Virginia Veterinary Medical Association. It was to recognize the outstanding service he imparted to the students since 2014. This just proves that Moose is serious and devoted to his work.

Moose is the kind of dog that can handle any challenge thrown at him. Earlier this year, he was diagnosed with prostate cancer and has subsequently undergone chemotherapy.

Given his state and his priceless service for the last six years, it was only right to honor him with something he truly deserves.

The ceremony was held virtually due to the COVID pandemic. At the comfort of their homes, Davis and the dogs watched the graduation online. Some of Davis’ friends and colleagues also watched and sent congratulatory treats and flowers.

Davis further shared that Moose never barks while working. He referred to him as a chill dog. He only gets excited with he’s greeted with food and toys. He has also tirelessly joined numerous student activities such as footballs, orientations, and events.

It is without a doubt that Moose is an icon and a professional. He is strong enough to set his problems aside so he will not let others down. His degree is richly deserved.

Congratulations to the now official Dr. Moose! May he fully recover soon and continue being an inspiration to all. 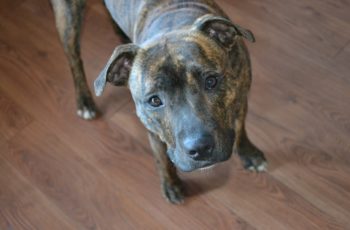 Jennifer Marion entered Ellen’s radar when word about her caring … 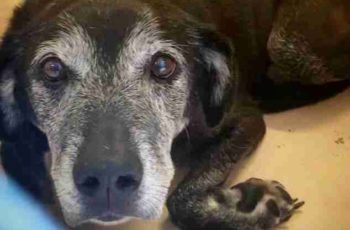