An adorable golden retriever caught the attention of viewers after he attempted to ring the doorbell to wake his owners up after a short run.

Marshall, the star of this video, was only three months old when he thought of going for a run outside, in the middle of the night. According to his human parents, they totally had no idea that Marshall slipped out of the house. But luckily, he immediately ran back home.

However, Marshall soon noticed that the door was locked and that there was no way he could get in. But being the clever pooch that he is, he then did something very unexpected – he rang the doorbell. Thanks to the house’s security system, every move Marshall did was recorded!

As Greg Basel shares, Marshall’s owner, his phone would get a notification whenever someone rings the doorbell. So, to see his beloved Marshall ringing the doorbell was a surprise and a funny scene! Although Basel was confused, he immediately let the pup in.

Marshall was a lucky pooch since their house didn’t have a traditional doorbell installed. This made things so much easier for him to alert his family.

The pooch was never trained to ring the doorbell nor knock on the door. It seems that everything he did was based on his observation skills and quick thinking.

When the whole family saw the security footage, they kept on laughing and decided to share the fun online. The viral video has already garnered thousands of views. And it seemed like the internet couldn’t get enough of the clever yet hilarious dog.

Many praised the smart dog who managed to alert his owners, while others shared their own funny stories of their pooches and how they, too, ran away and went back home.

Watch the whole video below to see Marshall ringing the doorbell in the middle of the night. 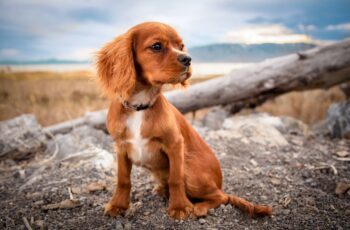 A man has been walking the same streets for a … 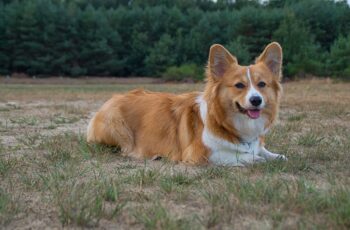 Whenever our canine friends see something they like, they perform …