When it comes to camouflage, domesticated dogs are likely the last animals in the animal realm to successfully show this skill. But this is definitely not the situation within the Grantham household.

Couple Tina and Simon Grantham frequently discover their pets Vinnie and Rocco missing each time they return home. Eventually, though, their disappearance becomes a game of “Where are Vinnie and Rocco?” This is because the French Bulldogs’ merles (spots on their coat) blend in perfectly with their velvety couch.

As soon as they took in the puppies, the family noticed the striking similarity of the silver and gray patterns on their coats with the pattern of the couch. Sometimes, when Vinnie and Rocco fall asleep on their couch, the Granthams often see them as cushions.

But the family did not initially want to get two new dogs when they adopted the pups.

The Granthams, along with their sons Harley and Flynn, traveled to a breeder to collect Rocco. Only two puppies remained from the litter upon their arrival.

Harley, the eldest child, fell quickly in love with Rocco, while Flynn formed an instant bond with Vinnie and referred to him as his best buddy.

Tina and the boys left without deciding which puppy to take home, while Simon had the responsibility to settle the situation. After a little while, the three were delighted to see him leaving the breeder’s with Rocco and Vinnie.

The family adores the dogs equally, including Blue, their third French Bulldog. They most especially like taking photographs of their Lincolnshire home’s couch which the dogs camouflage into. The images have received an overwhelming amount of online praise.

Despite their contrasting dispositions, both dogs enjoy curling up on the sofa. Vinnie is an independent type, while Rocco is more of a companion type.

Being true dog lovers, the family added a fourth pet into their home, a black Labrador named Alfie. Alfie, though, stands out unmistakably on the velvet couch. 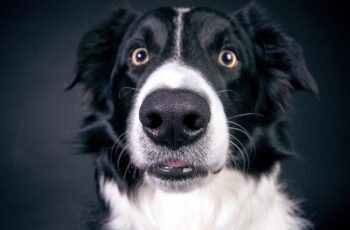 An adorable golden retriever caught the attention of viewers after … 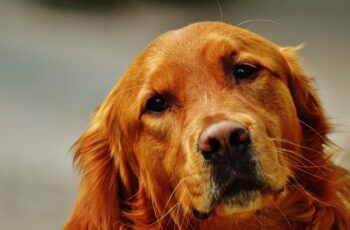 Family trips are made for relaxing and spending quality time …