It’s not unknown how dogs love eating any food they find. Thus, it’s understandable how canines don’t want to share any part of their meal with their family or friends.

Yet, an amiable canine shares the kiwi slices its grandmother dole out with its turtle sibling. With how things look, both the doggo and the turtle love the kiwi so much they don’t mind sharing their dining space.

Ooh! Give us some of those, Grandma!

In this cute video clip, a blond-haired woman sits beside a table. Soon enough, you’ll notice that the woman’s picking some kiwi slices from a bowl. 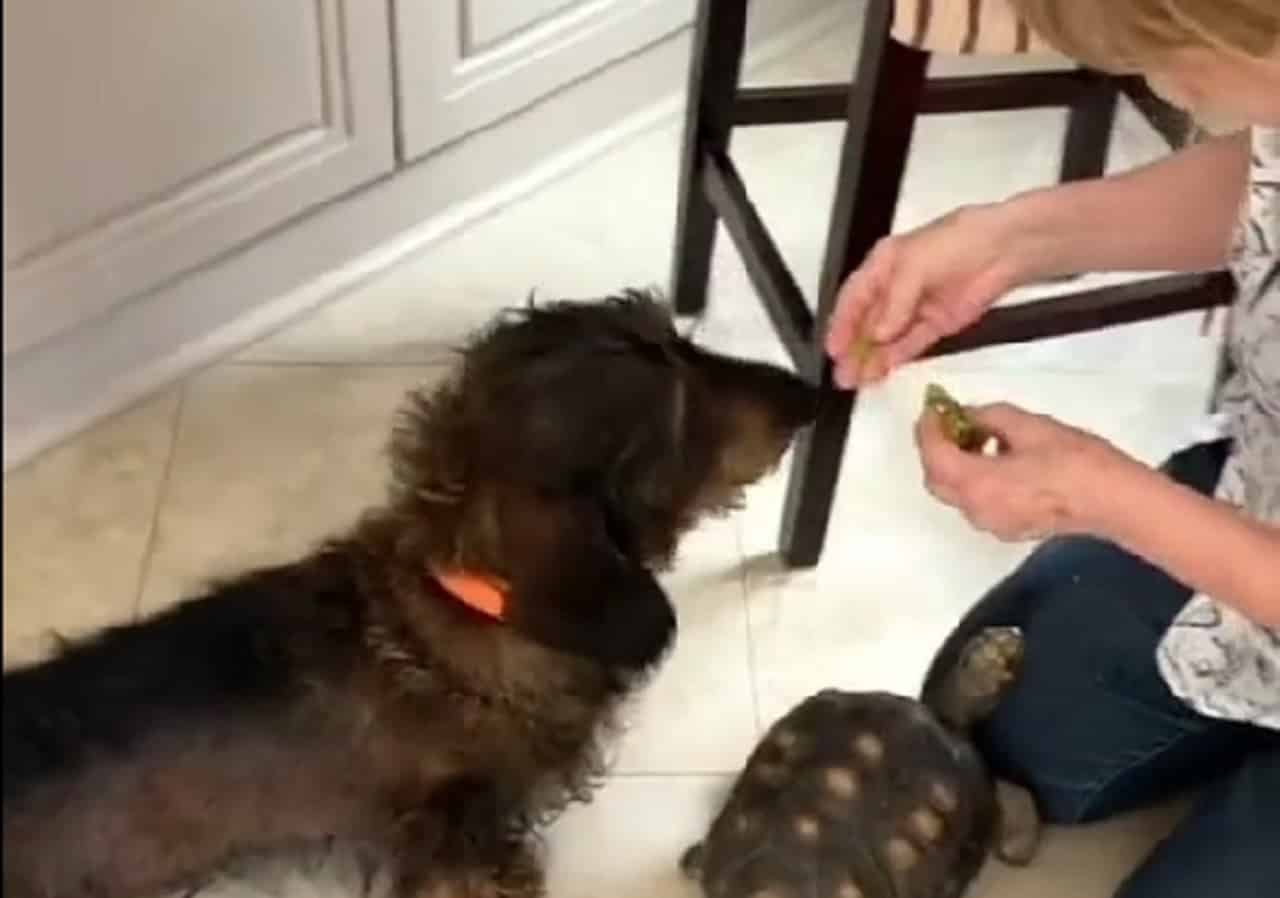 But, the woman isn’t the only person in the kitchen as the camera pans out to show two animals keeping her company. One of the animals’ a furry doggo named Flash Gordon, while the gentle turtle’s Malti.

With the way Flash and Malti sit across the blond-haired woman, the pair waits for her to give them the kiwi slices. And, the animals don’t have to wait long as the woman begins doling out kiwi slices to them.

Wow! This kiwi’s so tasty! We want more!

It turns out Flash and Malti share the kiwi their Grandma, the blond-haired woman, gives to them. Even if the dog and the turtle share their dining space, they don’t mind as they only care about getting more kiwi slices.

Thus, Flash and Malti continue moving closer to Grandma in a bid to gain more kiwi slices from her. At some point, Flash even gives her fur mom filming the scene a side-eye glance, subtly warning her to stay away. 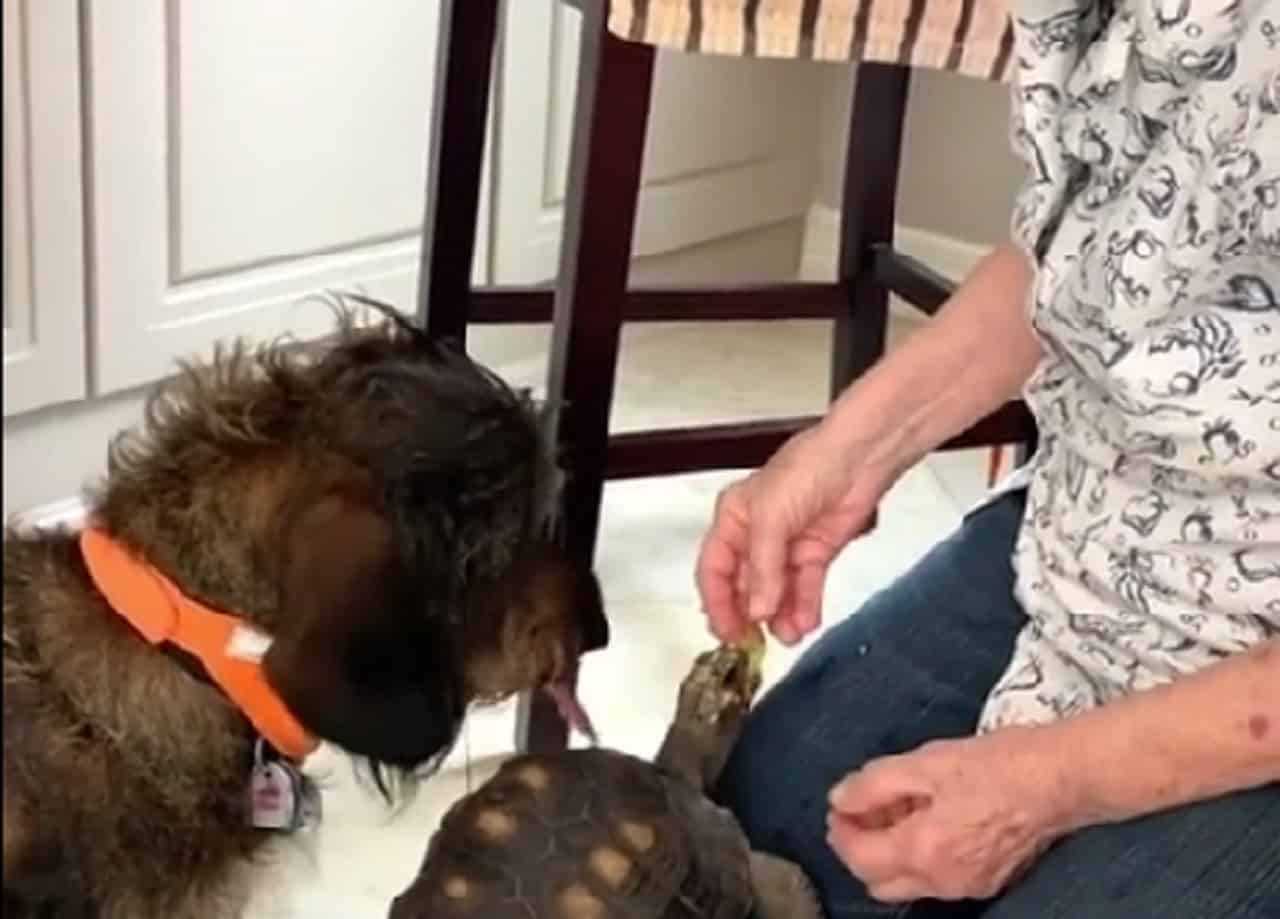 Heeding the dog’s warning, Mom stays in her current spot. And, as she continues filming, one can see that Flash and Malti eagerly chomp and lick on the fruit they’re snacking on for the afternoon.

Can’t believe a dog’s willing to share its dining space with another animal? Well, you won’t need to scour the internet longer by viewing the linked footage below. 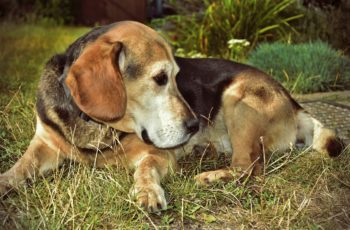 A driver of a truck was driving on Interstate 81 …