Dogs and their playful nature will always be the best kind of energy out there. Even when their enthusiasm leads to misadventures sometimes, their adorable meter isn’t affected.

Meet Reagan, a young Golden Retriever. He’s playful, excited, and always ready to go and have some fun. Oh, the vigor and wonder of youth. 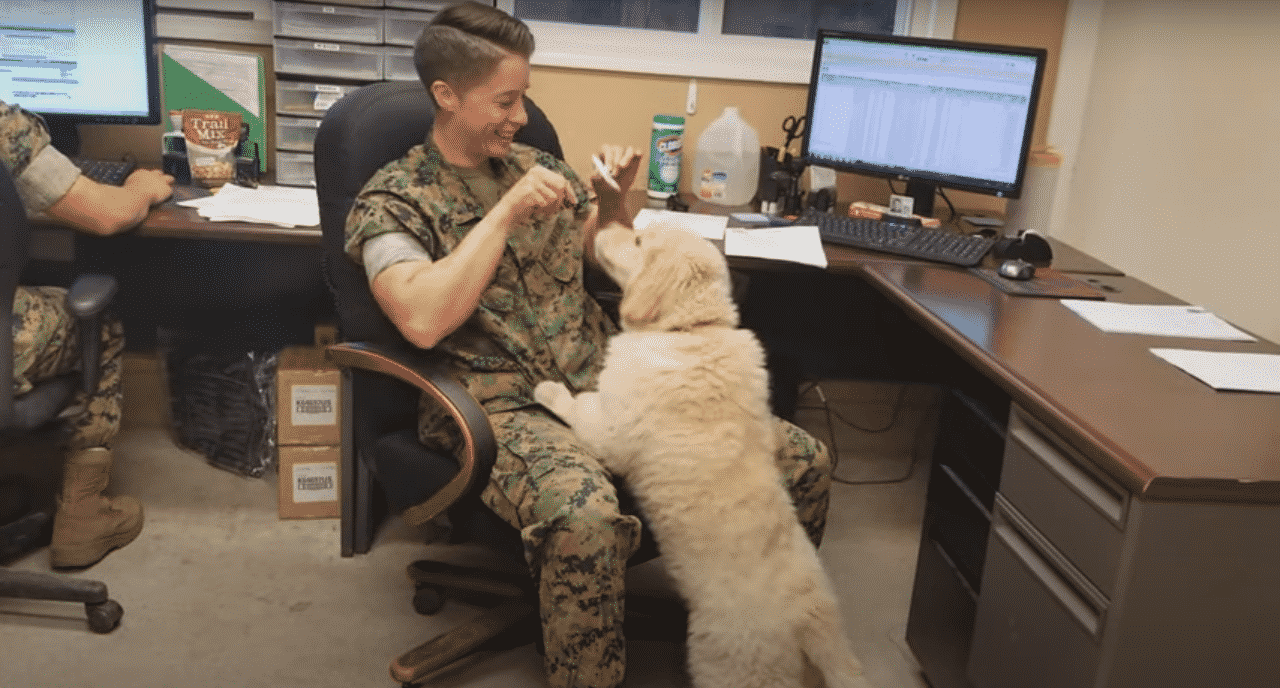 On this day, Reagan paid a visit to his marine friends. Perhaps he found the company interesting, or perhaps he sensed that they shared the same code.

There’s nothing more uniting than like-minded buddies to get a friendship going. Reagan’s in the right company, and it showed in his behavior. 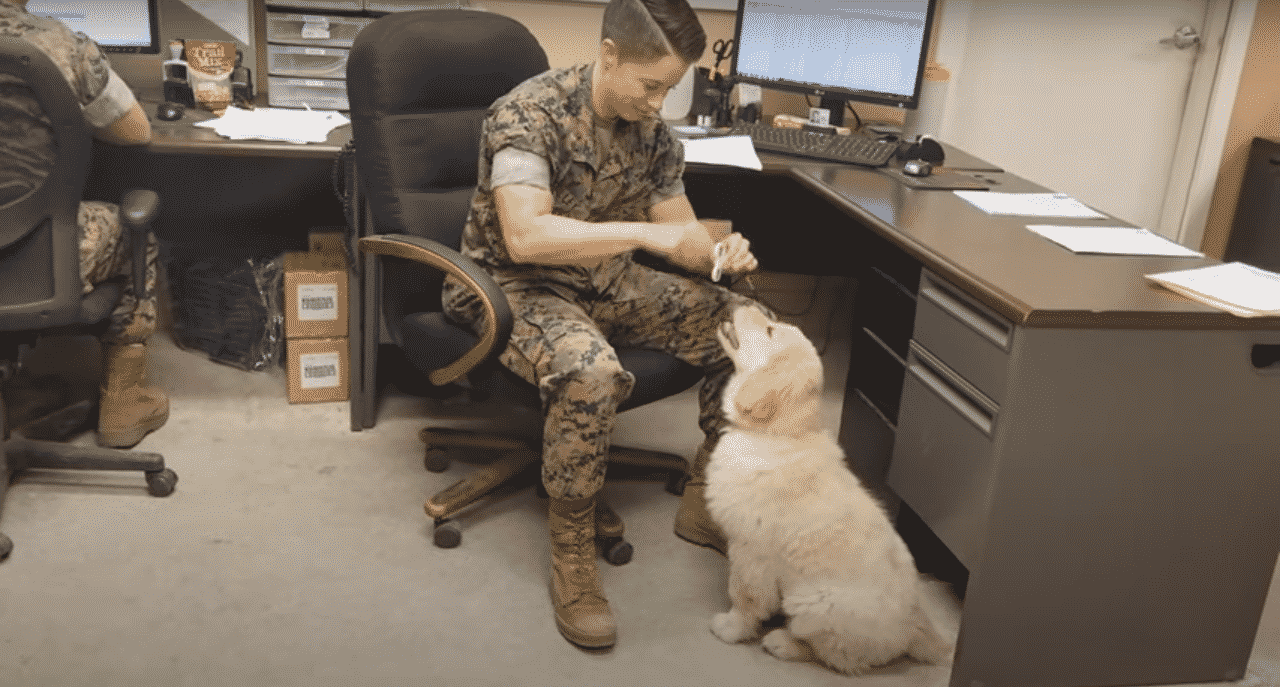 One marine held a fidget spinner and tried to balance it on Reagan’s nose. That didn’t happen because the pupper was so excited to catch the spinning thing in his mouth.

We never thought that watching a dog and a marine make things happen with a fidget spinner could be worth our time. We were wrong because here we are. 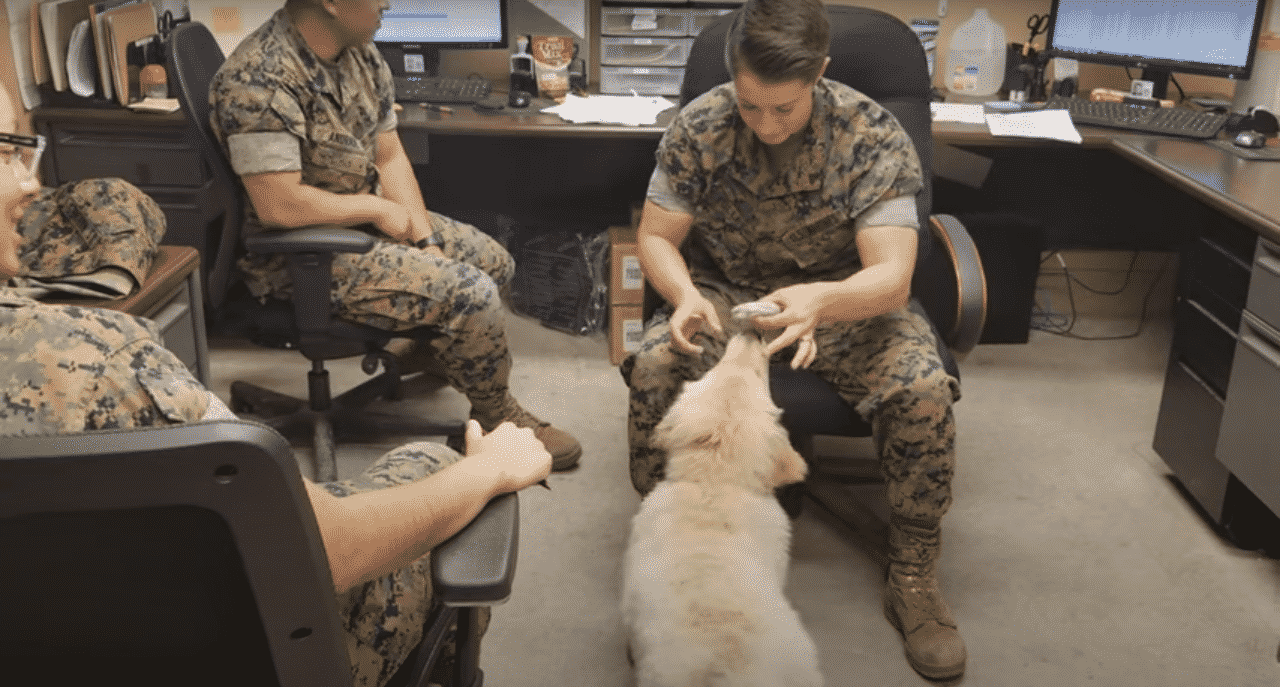 We knew that there was no way this marine could get the dog to balance that spinner on his snout, but with dogs, anything’s possible.

Reagan and his marine were on completely different planes about the goal. Naturally, both worked towards the result they individually wanted. 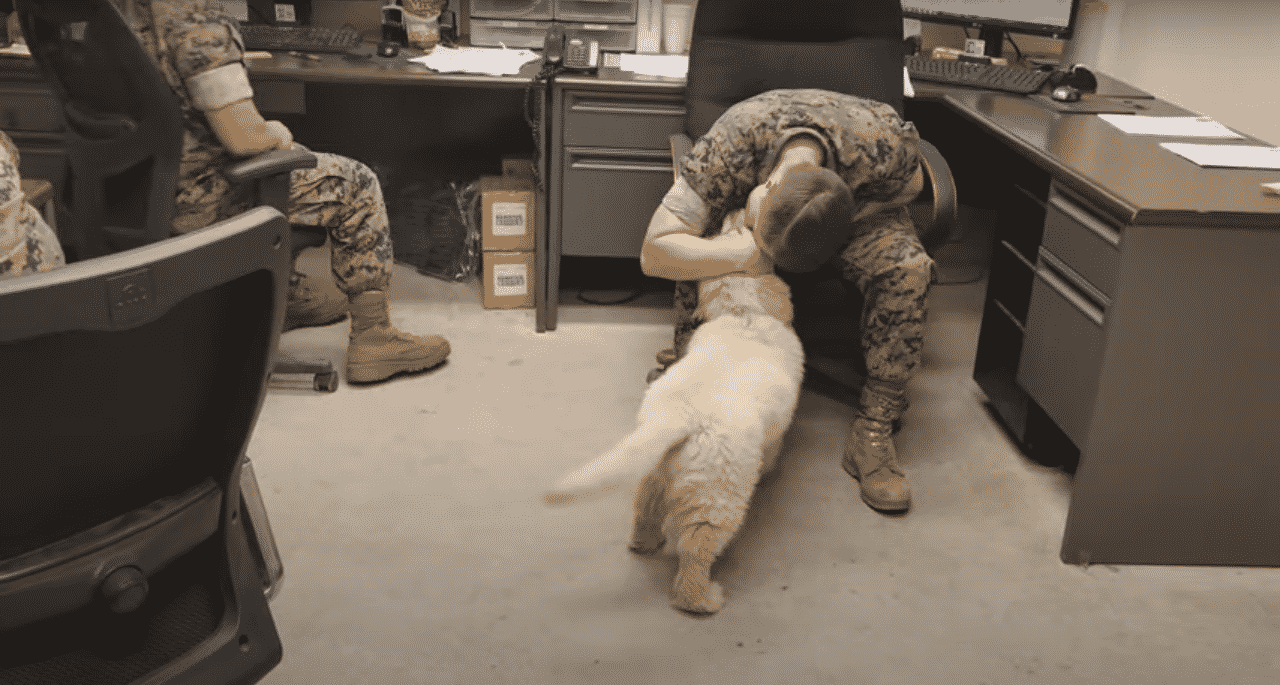 It was not surprising that Reagan won. He was able to accomplish his mission multiple times. In the course of doing so, he was also able to entertain his marine pals.

That’s a dog for you, and so we celebrate your spinner success, Reagan! It would have been more fun to balance that thing on your nose and hold it, but that’s for another time. 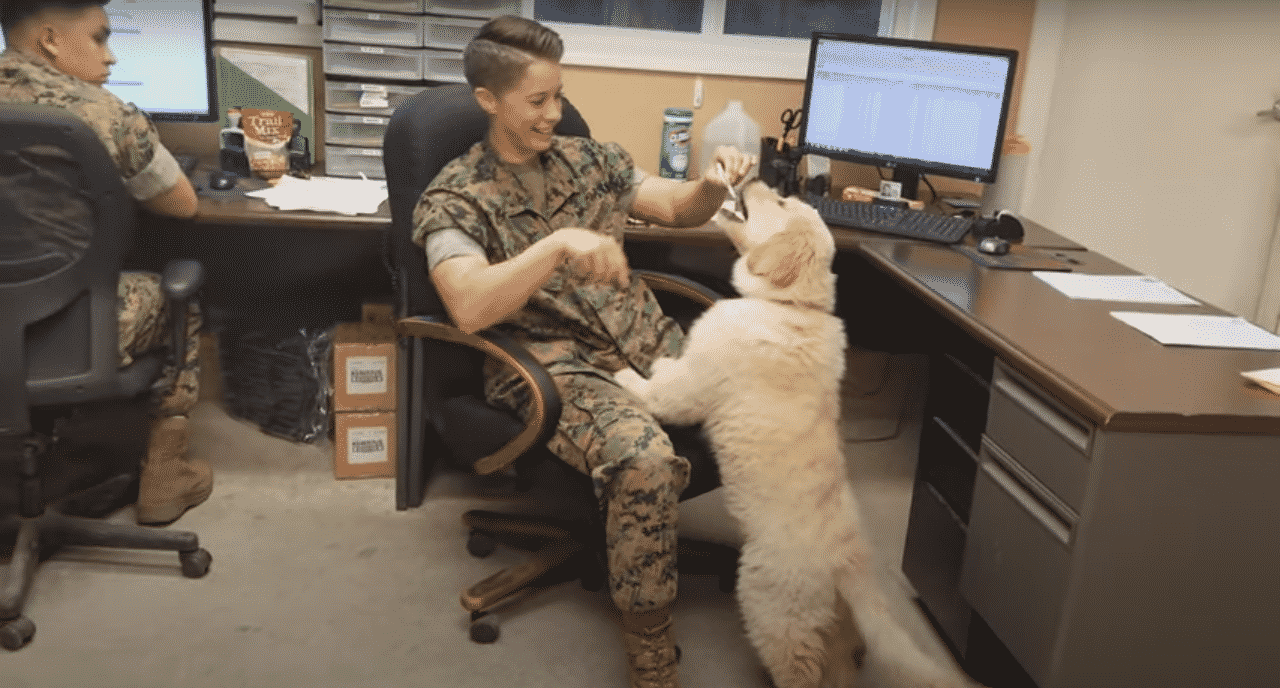 We hope you enjoyed your time with your buddies. We sure did, all thanks to you. We hope that you were able to accomplish a lot of the things you wanted to do. Cheers, buddy! 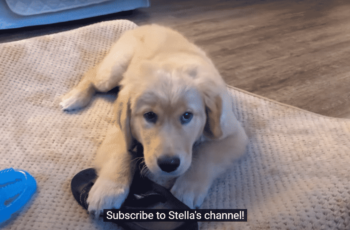 There are a few things in your childhood that would … 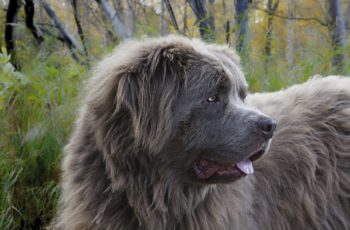