Old habits are quite hard to break, especially if they’ve been part of a daily routine for several years.

A particular retired K9 officer revealed how his former police dog instincts often resurfaced when he least expected it. Whenever he heard trigger words or phrases related to illicit drug use, this brave dog suddenly became serious and alert. His former training kicked in, and he was back in the zone for a brief moment.

After retiring from the force as a sniffer dog, Dante, a German shepherd, chose to enjoy a life of leisure in Queensland, Australia. However, his new owner, Davey Rutherford, found that this doggo hadn’t turned his back on crime-fighting completely.

Davey tried to confuse the intelligent pup as he listed off several grocery items before he randomly dropped one of Dante’s trigger words. At the mention of a popular prohibited drug, the dog’s demeanor suddenly changed.

Although Dante looked like he was relaxing on the couch as he stared at the window, his sniffer-dog instincts came to life at the mention of the forbidden substance. He swiftly swiveled his head and gave his owner a hard stare. Davey quickly reassured the dog that it was just a joke.

A follow-up video showed how Davey tried to catch Dante’s attention once more when he asked the dog a series of questions, ending with ‘get a bag.’ Dante turned quickly and stared incredulously at his owner, a mixture of horror and concern reflected on his furry face.

Regardless of Dante’s law-enforcement history, this handsome pup truly loved his retirement with his new family. Numerous videos showed how this doggo spent most of his time. He loved lounging in his Jacuzzi, playing around at the beach, or chowing down on his favorite meals. 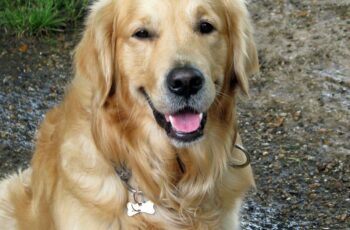 A little act of kindness can make a significant impact …